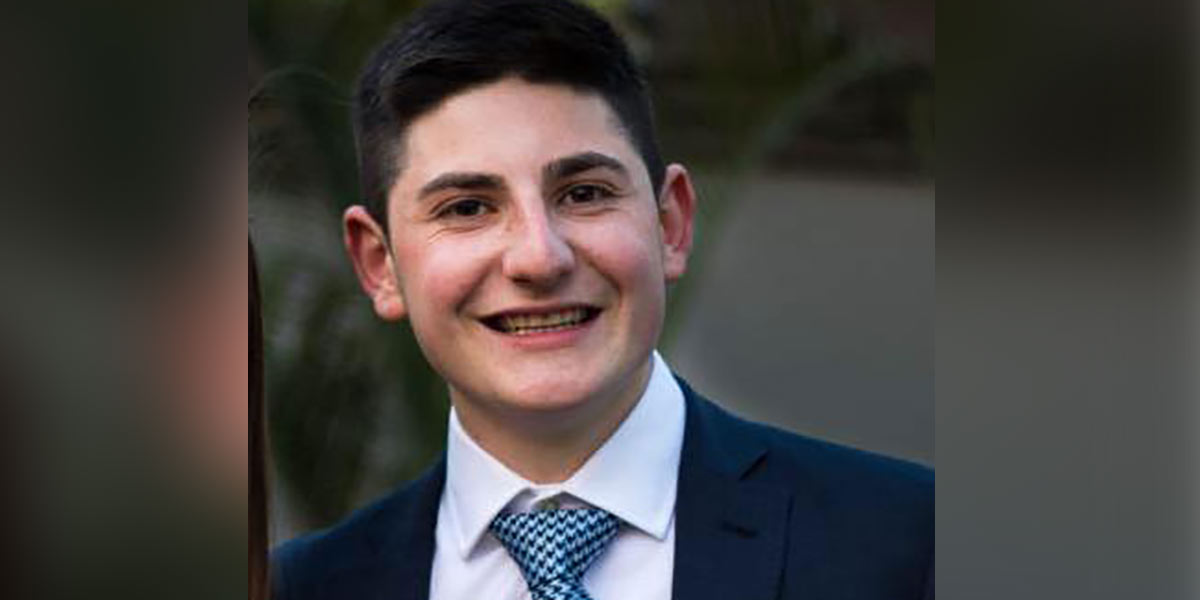 The last words of an accomplished LGBTQ teen who killed himself because he believed he could never be accepted are heartbreaking but reflect an all too common reality.

The Sunday Times reported that on 26 June, 19-year-old Adam Seef from Norwood cut his wrists and threw himself from a hotel balcony to his death.

At the time he was in Israel on a group trip with the Bnei Akiva Jewish youth organisation. A haunting suicide note released by his grieving parents revealed that the medical student had been grappling with depression and the fear that his sexuality would always make him stand out.

“The difference between me and my friends [is] insolvable. Deep down they know I’m different and it’s about time I accept it too,” he wrote.

“All I see is them [friends] moving on from me and finding success and heterosexual love, leaving me isolated and alone. Trying to pretend to be someone I’m not in front of all of you is becoming more tiring by the day as I’m not the heterosexual being I portray for you.”

“I wish I could have told you guys everything and I know you would have understood but deep down I know our relationship would have changed,” Adam said.

Adam’s mother, Jodi, and father, Justin, told the newspaper they had no idea that their son was so deeply troubled and insisted that nothing he did or said would have changed their love for him.

Jodi said she hopes awareness of the tragedy will have some positive impact on others in a similar situation. “Adam would’ve got the help he needed but now my son is gone. If one child can get help, Adam would have fulfilled his purpose in the world.”

It comes back to that fear of rejection

As reported by Jewish News, five former and current educators and graduates of Bnei Akiva, wrote a letter in response to Adam’s suicide affirming their support to LGBTQ youth.

“Many people in the Orthodox world feel that there is no-one to talk to about their sexuality. It is not simple to be LGBT+ and Orthodox. We may not have all the answers, but we are happy to talk about it or direct you to others who could help you,” they said.

While there are few statistics in South Africa, studies in countries such as the US and the UK have shown that LGBTQ young people are at much higher risk of attempting suicide than their heterosexual and cisgender counterparts, especially if they have a religious background.

A Stonewall report last year found that half of LGBTQ youth in the UK aged 18-24 (52%) had thought about taking their own life in the previous 12 months, while one in eight (13%) had actually attempted suicide during the same period.

A 2018 American study from the Family Acceptance Project found that rates of attempted suicide by LGBTQ young people whose parents tried to change their sexual orientation were more than double (48%) the rate of LGBTQ young adults who reported no conversion therapy experiences.

Another distressing 2018 report showed that LGBQ youth who have strong religious beliefs had significantly higher odds of suicidal thoughts.

Johan Meyer, Operational Director of OUT LGBT Well-being in Pretoria, said that young LGBTQ people are particularly vulnerable because they fear rejection from their loved ones and society in general.

“They have no idea how their parents will react,” he said, “will they be accepting and tolerant? For young people, it is very scary to not know. And it comes back to that fear of rejection.”

Meyer continued: “Young people also don’t necessarily have the life skills that one needs and the life experience that one needs to deal with such a situation. If you think about teens, when their first relationship ends, it seems like it is the end of the world.”

He urged young people struggling with or questioning their sexuality to try to learn and educate themselves about LGBTQ community and to realise that they are not alone. He also recommended that if they are feeling depressed or isolated to talk to a professional or a trusted person or to make use of a telephone service like LifeLine.