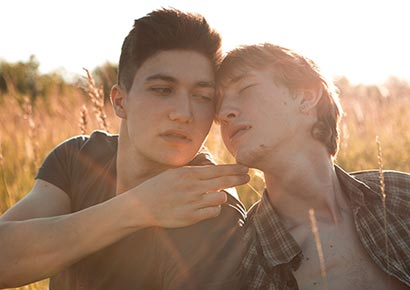 A distressing study has shown that LGBQ youth who have strong religious beliefs may be more prone to suicide.

The research, published in the the American Journal of Preventive Medicine, aimed to asses the links between the importance of religion and suicidal thoughts and attempts among young LGBQ people.

The researchers used information collated by the University of Texas in 2011 from 21,247 college-enrolled young adults aged 18 to 30 years.

The study did not include results from transgender individuals as the sample size of those who identified as trans in this group was too small.

While many studies have shown that a sense of faith generally decreases thoughts of suicide in people, this research shows little effect or the opposite effect among LGBQ people.

The researchers found that overall, increased faith was associated with higher odds of recent suicidal thoughts for both gay, lesbian and questioning students.

While bisexual and questioning sexual orientations in general were significantly associated with recent suicidal thoughts, recent attempts, and lifetime attempts, these were most prominent among those who reported that religion was very important

The researchers concluded that current religion-based services for mental health and suicide prevention appear to be failing LGBQ people. They called on these service providers to actively ensure that their services are open and supportive of LGBQ individuals.

“Religious groups who stigmatise LGBT people should be aware of the potential damage they can do to an individual and families, and honestly the damage they do to themselves as an organisation,” study co-author John R. Blosnich told HuffPost.

Blosnich added to Reuters: “We are definitely not saying that religion, period, is bad; it’s not. There are many sexual minority people who find great strength and great sources of support in their religious communities, but unfortunately we hear many stories about people who do not.”

The study authors did note that as the data is from 2011 it may not take reflect the growing acceptance of LGBTQ people in the US in recent years.