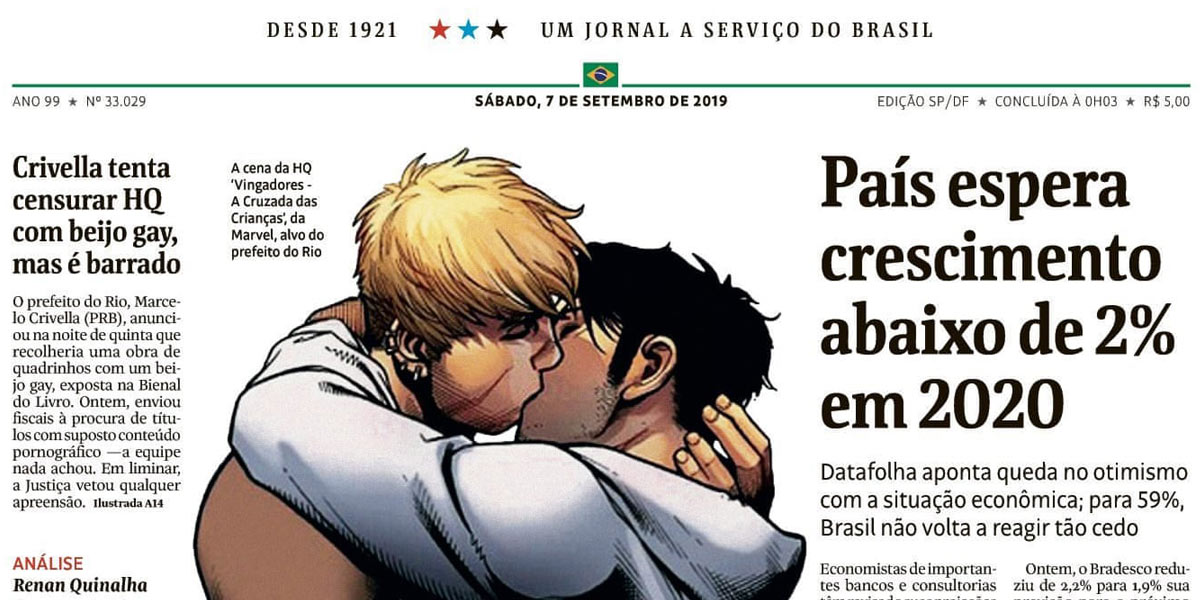 The mayor of Rio De Janeiro’s attempt to censor an Avengers comic book featuring a gay kiss has spectacularly backfired, with the smooch reaching an even bigger audience.

On Thursday, Mayor Marcelo Crivella ordered the confiscation and sealing of copies of the graphic novel Avengers, the Children’s Crusade at a book fair on the basis that it is not suitable for children. Crivella said in a video posted on social media that, “What we did was defend the family.”

The move sparked a backlash amid claims of censorship and homophobia in the country, which is currently headed by confessed homophobe and rightwing president, Jair Bolsonaro.

By the time officials raided the Rio de Janeiro Biennale to take the books, however, they had already all sold out. On Saturday, visitors to the book fair demonstrated against the censorship with some same-sex couples kissing in protest.

The next day, the President of the Supreme Federal Court, Dias Toffoli, reversed an earlier court decision allowing the removal of the books from the fair. He said it violated “strict legality and the principle of equality” and the “free movement of ideas, in which everyone has the right to voice.”

Brazil’s biggest newspaper, Folha de S.Paulo, took a stand against repression by publishing an image of the two comic charters kissing on the front page of its Saturday edition. Editor Sérgio Dávila told The Guardian that the aim was to “throw light on censorship threats.”

Leading Brazilian YouTube celebrity Felipe Neto also backed the right to free speech by buying 14,000 copies of LGBT themed books at the fair and giving them away. He had them wrapped in black plastic that included a statement that read: “Book inappropriate for backward … and prejudiced people.”

While LGBTQ Brazilians have many rights, including marriage equality and the right to adopt, the country has the world’s highest LGBTQ murder rate, with 420 LGBTQ people killed in 2018, according to the organisation Grupo Gay da Bahia.

The election last year of homophobic President Jair Bolsonaro has further fueled anti-LGBTQ sentiment in the country. In April, he told reporters that he doesn’t want gay tourists coming to Brazil because “we have families.”

Bolsonaro has equated homosexuality to paedophilia, said he’d rather his son be dead than gay, and suggested that most homosexuals who are murdered are sex workers and not worthy of protection through legislation.