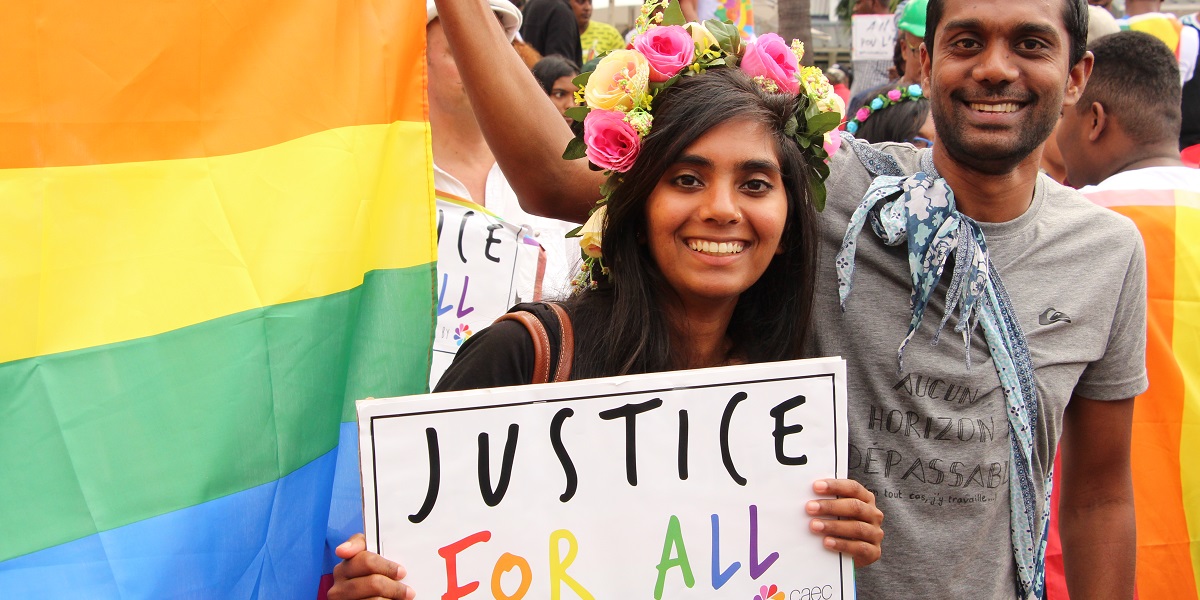 Four young activists have approached the Supreme Court of Mauritius to legalise homosexuality in order “to establish equality and freedom under the law” for LGBT people.

Earlier this month, the individuals – who are from diverse parts of Mauritian society – applied to the court to request a declaration that Section 250 of the Mauritian Criminal Code Act of 1838 violates their fundamental rights and freedom and is unconstitutional.

The applicants were ordered to serve copies of the application on the State of Mauritius, the Attorney General and the Director of Public Prosecutions, for them to inform the Supreme Court of their views on the matter on 30 September 2019.

While prosecutions are rare, the colonial-era Section 250 criminalises homosexuality by stating: “Any person who is guilty of the crime of sodomy … shall be liable to penal servitude for a term not exceeding 5 years.”

In 2007, the Law Reform Commission recommended that sodomy be decriminalised and that Section 250 be repealed but the homophobic law remains in place, despite some legal protections from discrimination.

“LGBT people in Mauritius are your friends, family, and neighbours and deserve the same rights to have loving, caring relationships as everyone else,” said lead plaintiff, Najeeb Ahmad Fokeerbux. “It’s time to get rid of this colonial-era law, and we ask all Mauritians to support our effort.”

The plaintiffs, who come from Hindu, Christian and Muslim backgrounds, are members of the Young Queer Alliance, a youth-led NGO advocating for the respect of equal human rights for LGBT people in Mauritius.

They contend in their application for constitutional redress that Section 250 does not have its place in modern and democratic Mauritius on the basis that:

• LGBT people, like all other citizens, should have the fundamental rights to choice of sexual partner, privacy, dignity, protection of the law and equality;

• Section 250 is contrary to the values of democracy and treats LBGT people as second-class citizens;

• Mauritians believe in an equal society free from discrimination, and the continued existence of Section 250 brings about discrimination, inequality, stigma, and persecution of LGBT people.

The applicants are being represented by Dentons (Mauritius) LLP, the local office of the world’s largest law firm, on a pro-bono basis.