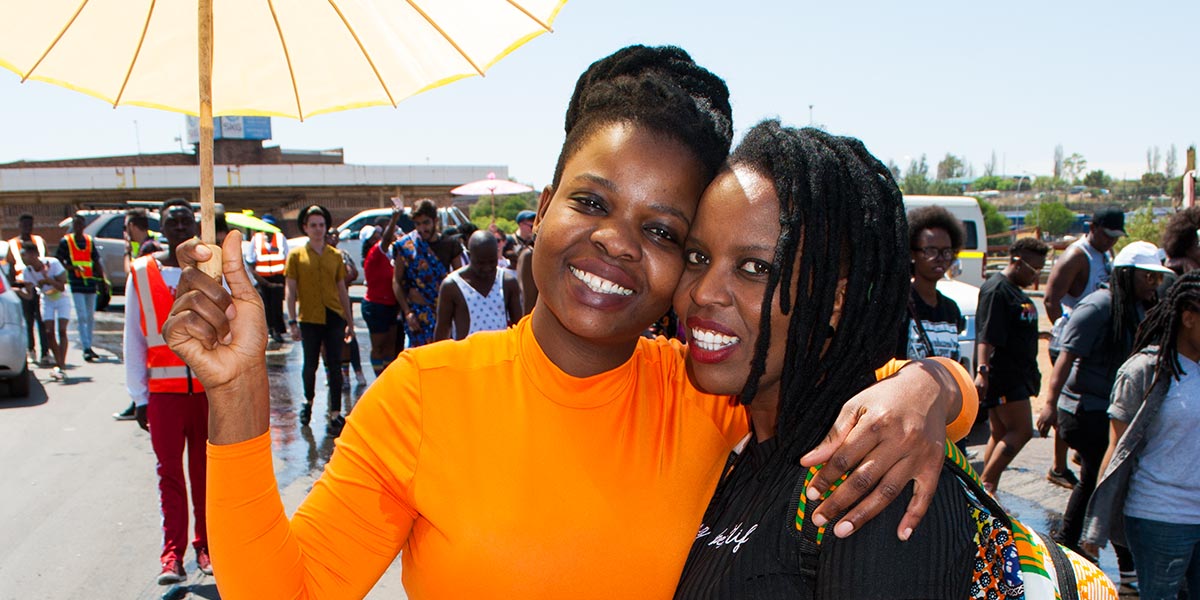 Saturday’s 2019 Soweto Pride march was a defiant and vibrant demonstration of LGBTQ+ identity and unity in the streets of Orlando.

The event was the 15th annual march and was held under the theme of ‘Fly Your Freedom Flag’. The theme represented 15 years of resilience, joy, sorrow, ups and downs and celebrating community, said the organisers, the Forum for the Empowerment of Women (FEW).

A few hundred people took part in the procession which kicked off at the uBuntu Kraal venue at 10.30 am. They held up rainbow flags and umbrellas, the transgender flag, and placards demanding justice and equality.

The marchers chanted, danced and sang songs of resistance and liberation as residents watched on from their homes and vehicles.

As always, Soweto Pride focused primarily on the issue of violence against members of the LGBTQ community, in particular, lesbian, gender non-conforming and queer women in the townships.

At the conclusion of the march, and after returning to uBuntu Kraal, the participants observed an emotional minute’s silence at an installation erected outside the venue.

The powerful temporary exhibition consisted of bloody clothes and crosses bearing the names of many of the victims of deadly LGBTQ hate crimes.

The marchers then streamed into the venue for an afternoon of celebration. See our exclusive images of the march below.