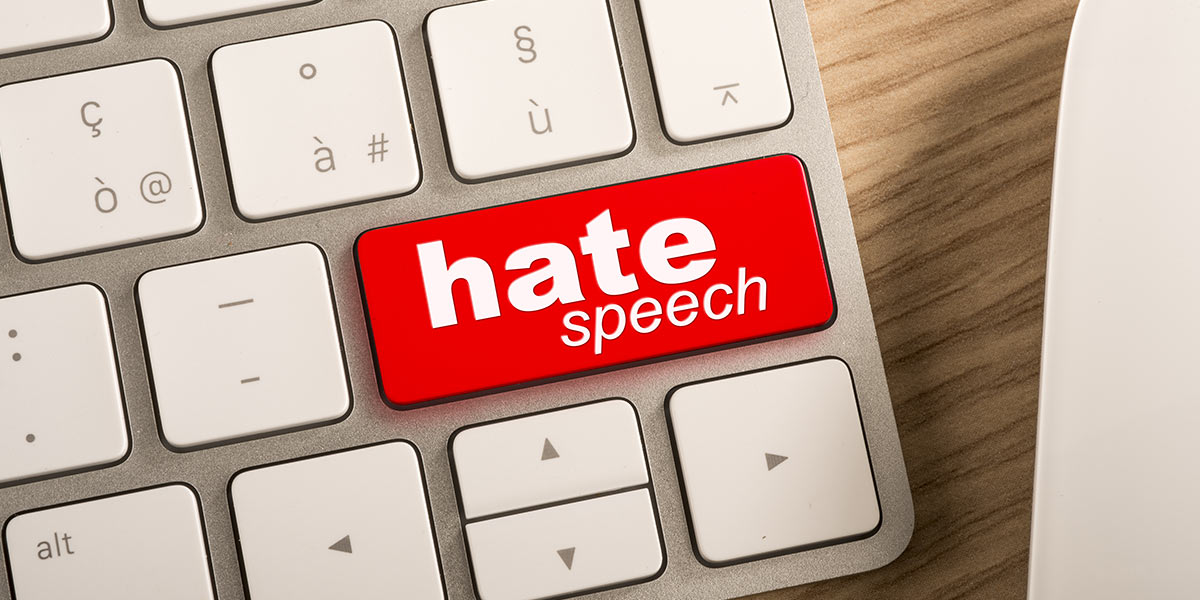 The court held that the provision was “overbroad” and that it unjustifiably limited the right to freedom of expression. However, in terms of the judgment, some forms of hate speech would remain prohibited in terms of PEPUDA.

Few legal provisions have given our courts more trouble to interpret and apply than section 10 of PEPUDA. Different courts have given wildly different interpretations of this hate speech provision. No wonder then that the SCA complained last week in Qwelane v SAHRC & others that section 10(1) of PEPUDA was “barely intelligible” and quoted academic writers who had previously complained that both section 10 and other provisions of PEPUDA “are exceptionally difficult to understand”.

At present, there is no definitive interpretation of the section from our highest court. While the Constitutional Court recently heard oral arguments in a case dealing with the interpretation of section 10, it has not yet delivered judgment in that case. Interestingly, the Constitutional Court is now faced with an unusual situation: it will have to give a definitive interpretation of section 10 in the matter it already heard, and then a few months later it will have to consider whether to confirm the SCA’s order of invalidity of the same section.

Section 10(1) of PEPUDA is indeed not a model of clarity. The section prohibits any person from publishing, propagating, advocating or communicating:

words based on one or more of the prohibited grounds, against any person, that could reasonably be construed to demonstrate a clear intention to (a) be hurtful; (b) be harmful or to incite harm; (c) promote or propagate hatred.

Some courts (including the High Court in the Qwelane case) narrowed the scope of section 10 by reading the grounds of hate speech (listed in (a) to (c) above) conjunctively. In this view, one would only be guilty of hate speech if the speech could reasonably be construed as exhibiting an intention to be hurtful, and to be harmful or incite harm, and to promote or propagate hatred against somebody based on their race, sex, sexual orientation, religion or the like.

The SCA rejected this interpretation and found that the grounds of hate speech had to be read disjunctively, which means all that would be needed to be guilty of hate speech is for a complainant to show that the disputed words could reasonably be construed as having the intention to be hurtful on the grounds such as race, sex, sexual orientation, religion and the like. As the conjunctive reading makes little sense and seems unduly strained, the SCA interpretation of the section is probably correct.

There is accordingly no bar to the enactment of legislation that prohibits such expression. Any regulation of expression that falls within the categories enumerated in s 16(2) would not be a limitation of the right in s 16. Where the State extends the scope of regulation beyond expression envisaged in s 16(2), it encroaches on the terrain of protected expression and can do so only if such regulation meets the justification criteria in s 36(1) of the Constitution.

In the present case, the question was whether the legislature had extended the scope of section 10(1) of PEPUDA beyond expression envisaged by section 16(2)(c) of the Constitution. The latter section states that the right in section 16(1) “does not extend to advocacy of hatred that is based on race, ethnicity, gender or religion, and that constitutes incitement to cause harm”.

The SCA correctly held that section 10(1) regulated expression far broader than that described in section 16(2)(c) of the Constitution. This was so, first, because section 10 regulated speech based on grounds not listed in section 16(2)(c). While the latter provision only excludes hate speech based on “race, ethnicity, gender or religion” from constitutional protection, section 10(1) of PEPUDA prohibits hate speech on many other grounds as well – including on the ground of sexual orientation.

Second, section 10(1) was far too broad and regulated speech that are protected, specifically because it extended hate speech to types of speech that were merely “hurtful”. The court noted that PEPUDA did not define what types of hurt would be sufficient to warrant a hate speech finding and that the provision was therefore far too vague. According to the SCA:

daily human interaction produces a multitude of instances where hurtful words are uttered and thus, to prohibit words that have that effect, is going too far. So, too, a host of jokes might be hurtful to those who bear the brunt of them. Are we to entertain complaints that extend to jokes that are not within the limitations of s 16(2)(c) of the Constitution?

Unfortunately, this part of the judgment is not as strong and clearly reasoned as it could have been. The SCA fails to apply the provisions of the limitations clause in a methodical and comprehensive manner and does not explicitly weigh up the relevant factors mentioned in the limitation clause as required by Constitutional Court jurisprudence.

However, it is clear that at the heart of the conclusion reached by the SCA was the fact that section 10(1) of PEPUDA was overbroad and vague. Although the court did not say so explicitly, the SCA, in essence, held that the limitation on freedom of expression was not justifiable because the important purpose of regulating hate speech could have been achieved by limiting the right to freedom of expression in a less restrictive manner. In a manner of speaking, the problem was that the legislature had used a machine gun to try and kill a mosquito (maybe a malaria-carrying mosquito, but a mosquito none the less).

Importantly, the SCA did not declare section 10(1) of PEPUDA unconstitutional because it extended hate speech to include hate speech against members of the LGBTIQ community beyond the scope of section 16(2)(c). On the contrary, the court held that:

This means that when the legislature redrafts the hate speech provision in PEPUDA in the next 18 months to fix its unconstitutionality (as instructed by the SCA), the legislature will have to include sexual orientation (along with race, gender, ethnicity or religion) as a ground on which hate speech could be regulated.

The declaration of invalidity must now be referred to the Constitutional Court and will only become effective if it is confirmed by that court. But if the judgment (as well as the remedy) is confirmed by the Constitutional Court, section 10(1) of PEPUDA will read as follows until such time as Parliament redrafts the section: “No person may advocate hatred that is based on race, ethnicity, gender, religion or sexual orientation and that constitutes incitement to cause harm”.

This is a far stricter test than the one originally provided in section 10(1) of PEPUDA. To succeed one will have to show that the speech both advocated hatred, and incited harm against somebody because of their race, religion, ethnicity, gender or sexual orientation. Although the SCA test is strict, it is perhaps not as strict as some commentators have suggested. This is because the SCA explicitly states that the harm being incited “need not necessarily be physical harm, but can be related to psychological impact” as well.

Nevertheless, while I agree with the SCA that the wording of the existing section 10(1) of PEPUDA is overbroad and unconstitutional, I suspect the SCA’s rewritten hate speech provision quoted above is stricter than would be permissible under the limitation clause. If that is correct, and if the judgment is confirmed by the Constitutional Court, the legislature will have some discretion to redraft a hate speech provision that strikes the correct balance between protecting freedom of expression on the one hand, and protecting individuals against harmful speech aimed at them because of their race, gender or sexual orientation, on the other.