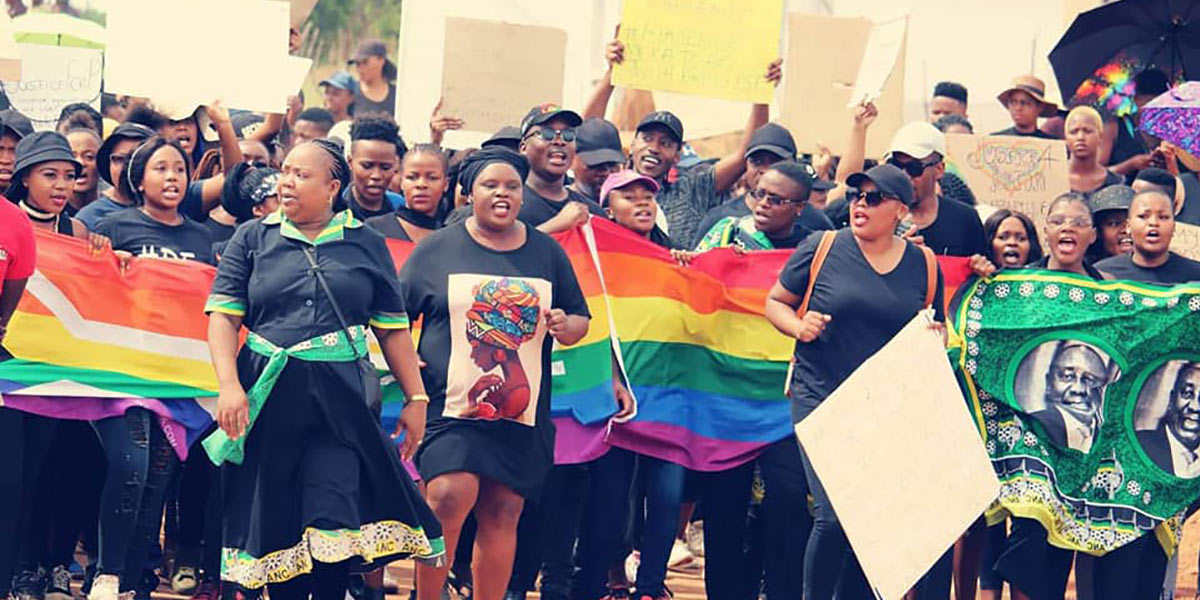 Hundreds of people from the Tweefontein community in Mpumalanga turned out to remember 25-year-old lesbian Portia Simphiwe Mtshweni, who was recently murdered and mutilated.

Simphiwe’s half-naked body was discovered by members of the public near Zamani Primary School on Saturday 28 December. She had been stabbed multiple times and body parts had been removed by her killer or killers. It’s also suspected that she was raped.

Due to the brutality of the attack, it’s believed that she was the victim of a hate crime because of her sexuality. The police confirmed to MambaOnline on Monday that no arrests have yet been made in connection with the case.

Sparked by Simphiwe’s murder, hundreds took to the streets of Tweefontein on the morning of the 2nd of January, calling for an end to violence against LGBTQ people, women and children.

Clad in black and holding rainbow flags and photos of Simphiwe, the crowd sang and chanted as they marched. Placards proclaimed that “Lesbian lives matter” and demanded “Justice for Simphiwe.”

The organisers, led by Lasphumakhona Community Development Projects, presented a memorandum of demands to the SAPS. The police were given 14 days to respond with solid feedback on progress about the case.

According to the NPO’s founder, Apsalom Makhosetive Mdluli-Mahlangu, the march was also a way for the community to express its anger at the lack of action and humanity from the authorities.

“We have no faith in our police because of how they treated the case from its inception. They disregarded the family and the community,” he told MambaOnline.

“There were other murders which took place early last year where elderly women were murdered and since then there were no reports from the police to the families and the community,” said Mdluli-Mahlangu. “While we were busy organising the march there’s a lady who was killed by her lover a day after Simphiwe’s body was found. That made the community angrier.”

The march was followed by a memorial service for Simphiwe at the People’s Freedom Church of South Africa. “It was packed and powerful, a very moving and tearful service,” said activist Mpumelelo Mayisela, who knew Simphiwe as a family friend.

“It was truly a first for our community. We saw people come from far away. I’m from here, and even I didn’t know the queer community here is so huge!” 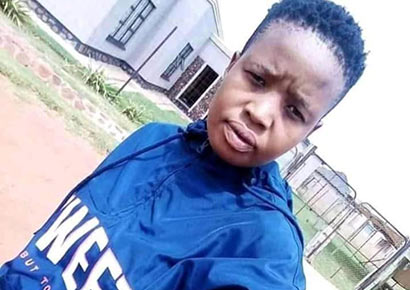 Simphiwe, who trained in fire rescue and emergency medical services, was buried the following day at a funeral attended by her family, friends and members of the broader community.

“It was heartbreaking to watch when she was being buried,” said Mayisela. “But during the service, there were very moving speeches and stories told about this girl who loved the church, who loved her family, who looked forward to the future and had leads on starting a new job soon.”

Mayisela said he was deeply moved by the family’s acknowledgement that Simphiwe was part of the LGBTQ community and that they’d made a special request “for the ‘butch’ lesbians to carry the casket off the hearse at the cemetery.”

There was, however, fury after an unnamed official from the Department of Social Development allegedly told the mourners to “stop being in places where you will be killed,” and to “stop allowing men to buy you groceries and other things because that is what makes them kill you.”

Virginia Magwaza, Advocacy and Campaigns Officer at The Other Foundation, who was at the funeral, described these statements as “dangerous and demonstrating victim-blaming.”

She said that “it is disheartening to come across government officials who approach these situations with not only limited but damaging information and demonstrating a high level of ignorance towards issues of gender and sexual-based violence related to different classes within society.”

The police have appealed to the public to assist with information that could lead to the arrest of suspects in the case by calling Captain Vusimuzi Mahlangu at 082 318 9894 or contacting the Tweefontein SAPS on 082 922 9412.