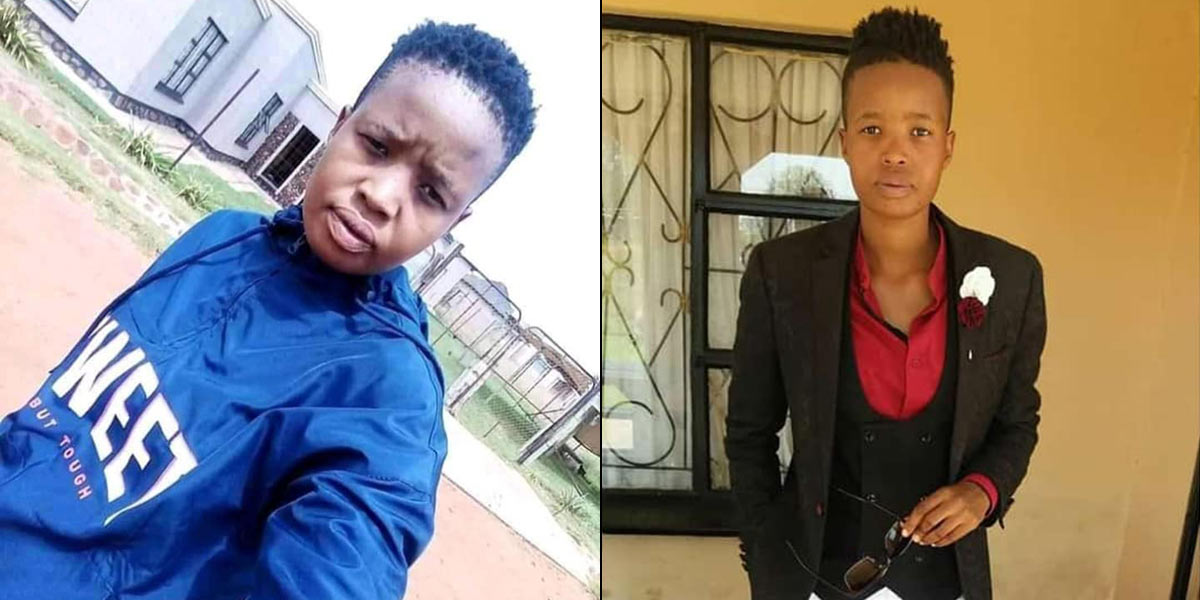 2019 has ended on a tragic note for the LGBTQ+ community after 25-year-old Portia Simphiwe Mtshweni was murdered and mutilated in Tweefontein, Mpumalanga.

According to a SAPS statement, her half-naked body was discovered by members of the public near Zamani Primary School on Saturday morning.

“The body of this woman, who has since been identified as Simphiwe Mtshweni, was found with multiple stab wounds. The medical personnel were also summoned to the scene where the victim was certified dead,” said the police.

The murder scene was described as gruesome, with reports that body parts, such as Simphiwe’s breasts, had been removed. It is also suspected by community members that she was raped.

As with previous similar incidents, the brutality of the attack suggests that the young woman was the victim of a hate crime, likely killed – at least in part – because of her sexuality.

Activist Mpumelelo Mayisela, who knew Simphiwe as a family friend, confirmed to MambaOnline that she identified as lesbian and was known as such in the community.

“We’ve never had a case like this in the Tweefontein community before, where a woman is killed and raped and mutilated in this way,” he said. “I immediately thought, ‘this is definitely a homophobic attack, she’s been killed because she’s lesbian’. That’s also the general sense coming out of the community.”

Mayisela described Simphiwe as “very sweet and quiet. We’ve shared drinks, we’ve hung out together, she’s been to our house lots of times. She had a beautiful smile and was very protective of my sister. She never had anything bad to say about other people.”

Trained in fire rescue and emergency medical services, Simphiwe’s Facebook posts paint her as a positive young woman who was preoccupied with relationships, music and cars.

A memorial service is planned for the 2nd of January at 12h00 at the People’s Freedom Church of South Africa in Tweefontein. This will be preceded by a march demanding an end to violence against LGBT people, women and children in Tweefontein F (Shisampana) from 8h00.

The police have appealed to the public to assist with information that could lead to the arrest of the suspect(s) in the case by calling Captain Vusimuzi Mahlangu at 082 318 9894 or contacting the Tweefontein SAPS on 082 922 9412.