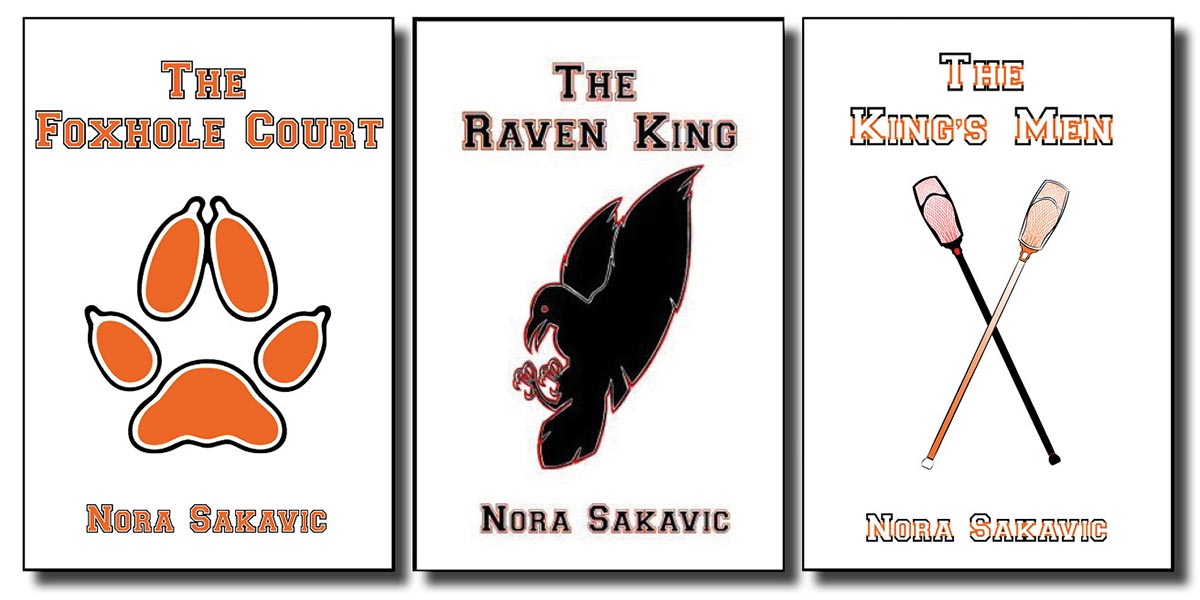 The All for the Game trilogy has been an online phenomenon since the first book was self-published back in 2013. Enrique Grobbelaar reviews this still popular queer series.

I was only recently introduced to the Foxhole universe by a friend – and judging by the fanfare on the internet, I am fairly certain that I am the last person in Queerville to join the craze, albeit seven years late.

When I suggested to my partner that the world needs at least one more review about the writings of Nora Sakavic, he rolled his eyes and reminded me that a book review ought to at least aim for some degree of honest objectivity. I retaliated by giving him the same look I usually reserve for anyone telling me to be realistic about Emma Watson’s acting talents – I know it is not perfect, but I don’t want to hear about it.

Starting with The Foxhole Court, followed by The Raven King and ending with The King’s Men, the All for the Game trilogy follows the story of Neil Josten, the newest addition to the high-profile, yet low-ranking Palmetto State University Exy team.

He is extremely fast, has the potential to go pro, and is also the runaway son of a murderous crime lord known as The Butcher. Neil’s lies will not hold up for long under the media attention his team is receiving, and the truth will likely get him killed. However, Neil, is not the only one with secrets on the team.

If you do not know what Exy is: second only to Quidditch, it is one of the best fictional sports I have ever had the privilege to stumble upon. The co-ed sport shares some similarities with lacrosse but seems to have more physical contact and is played on a court completely enclosed by a thick plexiglass wall.

Plotting a story around a fictional sport – a clever decision, I thought, for a book filled with so many gay story arcs. It allowed the writer to put a mix of genders and sexualities on a court that is not tainted with real-life discrimination and bigotry.

The team sport trope often allows for a story driven by a large number of characters, which in this case consists of a group of delinquents and unlikely companions recruited by coach David Wymack. Their backstories read like the pamphlets in a counsellor’s office – from drug addictions to gangs and abusive parents. There are several other very real issues tackled head-on, but I would not like to spoil too much for the one or two other LGBTQ+ readers who are yet to have the pleasure of reading these books.

English professors and those who prefer their prose to be a little more baroque would probably want to seek out André Aciman’s Call Me by Your Name instead. As it often goes with indie novels, the writing in this self-published series does occasionally lack the meticulous fine-combing one would expect from a publisher, but the Goodreads rating of 4.62 for The King’s Men clearly suggests that most of the book’s readers are willing to forgive any minor editing oversights – and I am inclined to agree.

Over the course of three books, the writer manages to make her readers care immensely about a group of individuals whom society would so rarely deem worthy enough to fight for in real life.

If I have somehow convinced anyone to start reading this trilogy, then I better leave you with this disclaimer: once you are done, try to avoid the myriad of fan art on the internet – or you might soon find yourself in a foxhole you can’t easily escape.

You can download the All for the Game trilogy on Amazon, and the first book is free.