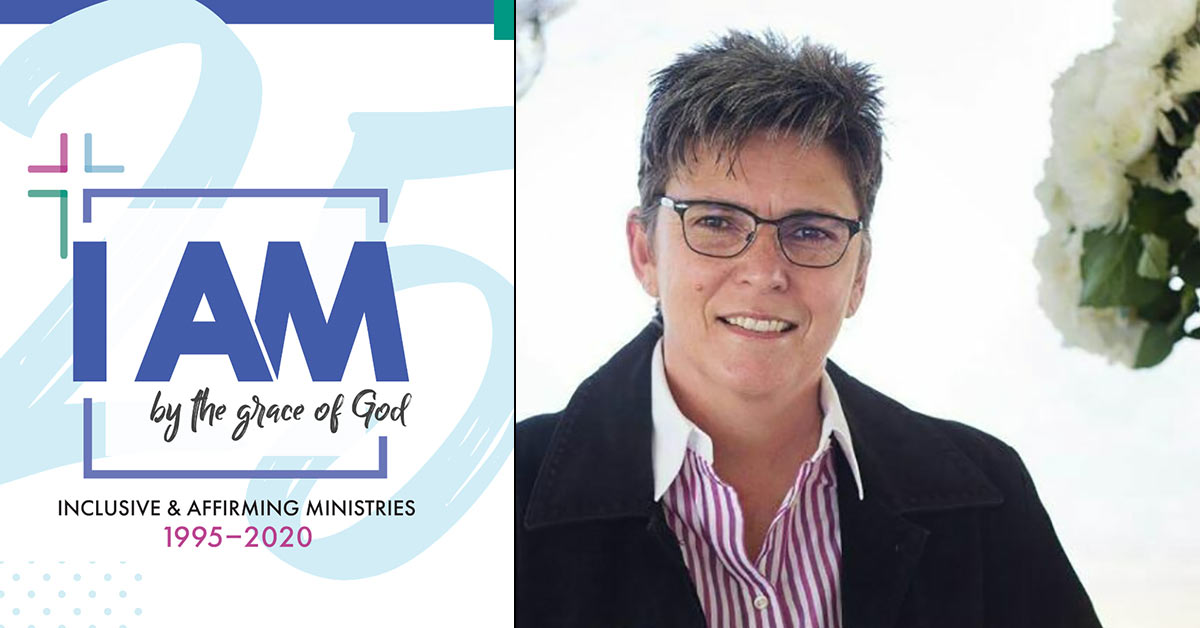 Over the past 25 years, Inclusive & Affirming Ministries (IAM) has played a major role in moving faith-based communities towards greater inclusion and celebration of LGBTQI+ individuals in their midst.

IAM has not only been preaching its message within the highest echelons of religious organisations, but has also taken its message to the community it serves with numerous programmes, initiatives and workshops.

“We believe we have saved lives on this journey. We’ve created safe spaces for queer individuals, their parents, their friends and their families who could not find room in their churches,” said IAM Director Ecclesia de Lange at a ceremony to mark the organisation’s quarter century anniversary on 25 November.

Founded as the Gay and Lesbian Christian Outreach by Reverend Pieter Oberholzer in 1995, this faith-based group was started to build welcoming, inclusive and affirming faith communities. Ones in which LGBTIQI people could participate fully, and be strengthened in their spiritual, psychological and sexual identity as human beings, without discrimination.

Oberholzer used his own personal story as a point of departure, also inviting other gay and lesbian Christians to share their experiences to mobilise change within churches.

Spearheading these efforts with narratives from within the religious community was not always easy, considering the deeply-rooted internalised homophobia among many religious LGBTQI+ people. IAM, however, succeeded in generating discussions around sexuality within some of the most notable religious bodies in South Africa.

For example, it was involved in fundamental discussions about homosexuality within the Dutch Reformed Church (DRC) far earlier than you might have expected.

Following Oberholzer’s appointment to an “Ad Hoc Committee on Homosexuality”, established in the Southern and Western Cape Synod of the DRC in 1995, the report that resulted from four years of discussion and dialogue was accepted by the DRC in 1999. For the first time, the DRC recognised its role in discrimination and alienation of homosexual individuals.

As times changed and the conversation itself grew, the organisation’s name was also changed to Inclusive & Affirming Ministries in 2001, to express a need to widen the circle further.

The following two decades marked IAM’s expansion beyond South Africa, seeing the organisation partnering with The Rainbow Project in Namibia. It’s research on the approach to homosexuality by the clergy of seven South African mainline denominations clearly linked a literal reading of the Bible to high levels of exclusion of gay people from congregations. IAM also convened the first groundbreaking African Dialogue on Christian Faith and Sexuality in 2009.

In 2008, it opened the iThemba Lam shelter in Gugulethu, serving the isiXhosa-speaking LGBTQI+ community with training and learning opportunities, and a feeding programme which catered for between 300 and 500 people a day until 2018.

Among some of its other noteworthy achievements is IAM’s continuing involvement in dialogue within the ranks of churches, protesting Laurie Gaum’s suspension as a DRC minister, and later doing the same when de Lange – who has been the IAM director since 2015 – was expelled from the Methodist Church of South Africa (MCSA) for marrying her same-sex partner.

IAM has gone on to play a significant role in persuading the DCR and the MCSA to change or evolve their policies to be more inclusive of LGBTQI+ people, with the former doing so in 2019, and the latter in 2020. The organisation has also been vocal when the LGBTQI+ community has been faced with violence, within the black lesbian community in particular.

As for the future, de Lange remains ambitious in IAM’s quest for inclusive change. “We will continue to build on the accomplishments of the past 25 years,” she said. “We are committed to making our work more accessible. We will expand our reach further, for example, expanding our involvement with schools regarding comprehensive sexuality education from a faith perspective.”

De Lange added: “We will remain true to ourselves, our mission, we will explore what is next, and we will embrace new opportunities. We aim to bring sustainable transformation to all areas of our work.”

MambaOnline congratulates Inclusive & Affirming Ministries on this milestone in its history and wishes IAM great success in the important work it is doing to make faith an inclusive and welcoming space for queer people.