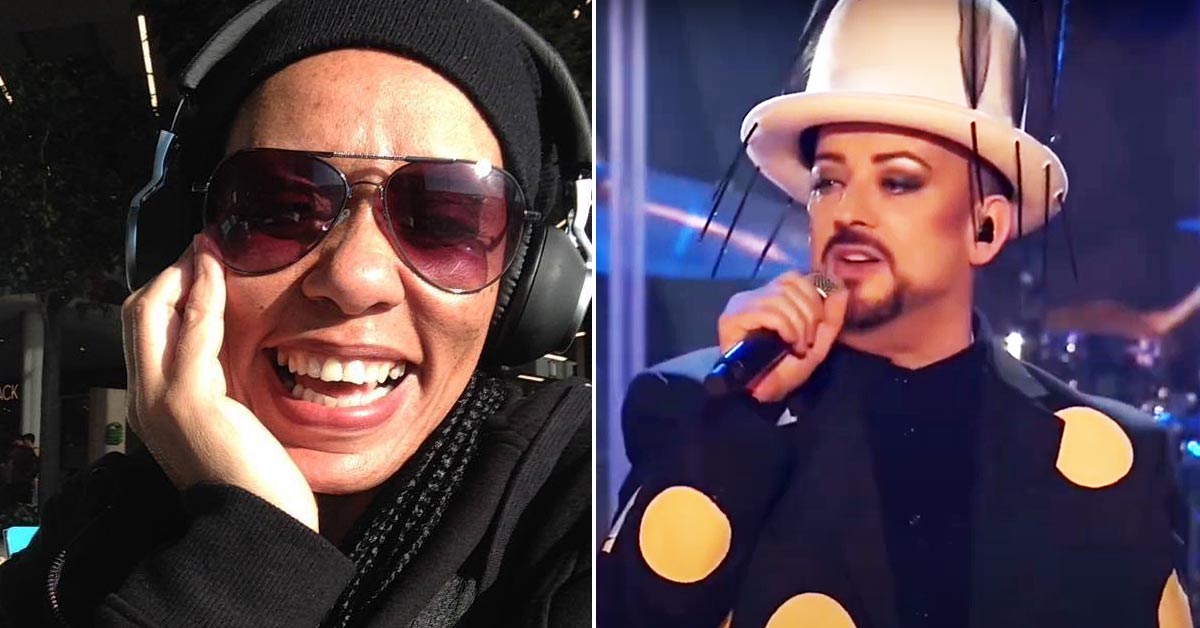 He co-wrote the queer-affirming track with Israeli singer and reality TV star Asaf Goren. In the chorus, George sings: “Beverley Ditsie saw my rainbow in the dark…”

During a recent live performance in London, the famously ‘gender-bending’ George spoke about the origins of the song.

He said he was inspired after reading an “amazing interview about a girl in South Africa called Beverley Ditsie who said that she heard about me in the playground. Not necessarily pleasant things, but she heard about me. And through that, she discovered who she was. And so I mention her in the song.”

In the interview with The Guardian back in August, Ditsie – one of the founders of Africa’s first LGBTQ+ Pride march, held in Johannesburg in 1990 – spoke about growing up queer in 80s South Africa.

She first understood what the word ‘gay’ meant in connection with George and was inspired by him and his band, Culture Club, to dare to dress and express herself in the streets of Soweto.

“There was a big group of teenagers who were 13, 14, 15 years old, but you couldn’t tell what gender any of us were,” Ditsie told The Guardian. “We call those our first Pride.”

Writing on social media about her inclusion on Rainbow in the Dark, Ditisie said: “What a way to end a year!” She continued: “In 1984 I found Boy George and found myself. 36 years later Boy George found me and wrote a song. Family, friends, Dreams do come true. Happy New Year. Wishing that you all find your ‘Rainbow in the dark’.”

In turn, the British singer responded to Ditsie: “I love that you saw this. It fills my heart with joy because I know you do good things from your heart. Happiest new year to you and all my family in South Africa!”

In addition to being one of the co-founders of the first Johannesburg Pride, Ditisie went on to make history by calling for LGBTQ+ rights in a landmark address at the fourth UN Women’s Conference in Beijing in 1995.

She is also an acclaimed documentary filmmaker, creating films such as Simon and I and more recently, The Beijing Retrospective. In 2019, she was awarded an honorary doctorate from Claremont Graduate University in California.

In 1984 I found @BoyGeorge and found myself.

36 years later Boy George found me and wrote a song.

Wishing that you all find your ‘Rainbow in the dark’ pic.twitter.com/4M7kYngjRf