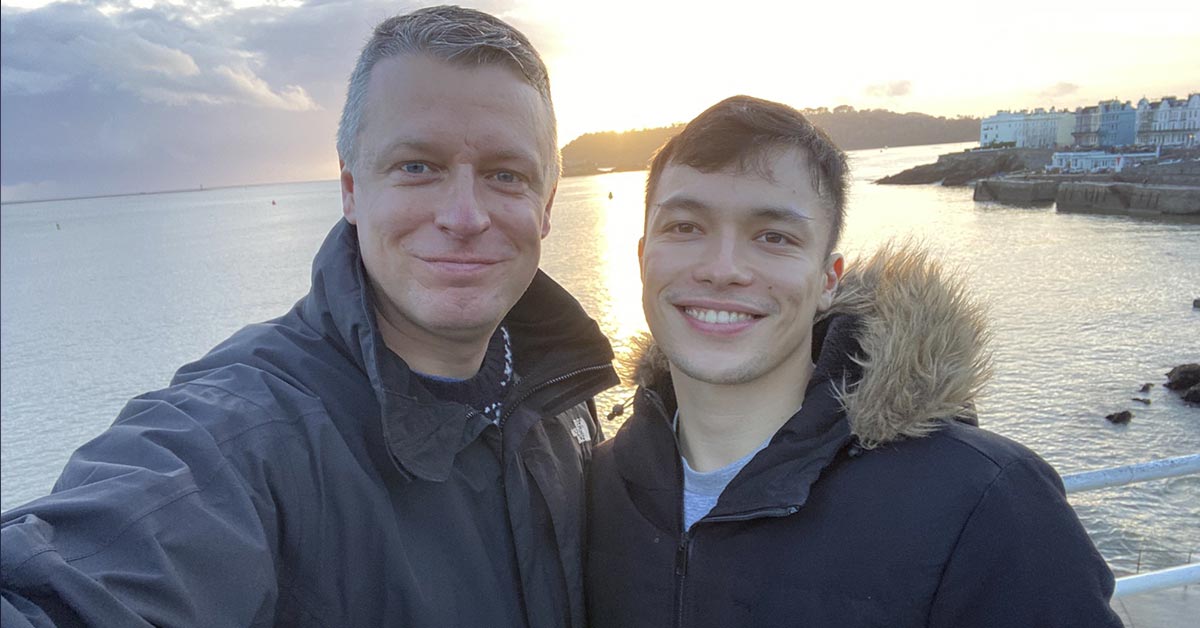 When British MP Luke Pollard recently posted a romantic tribute to his long-time boyfriend Sydney Robertson on Valentine’s Day, the ageism that is still very much prevalent in society and in the gay community again came into the spotlight.

Because Sydney is younger than Luke, the politician was branded as a pervert and a paedophile on social media. Speaking to the BBC, the politician recalled how some of the homophobic abuse he received was “pretty awful” but that the fight for equality was “not yet up”.

Indeed, relationships where there is a considerable age difference between the partners are often met with scorn – and these so-called May-December couplings are also not necessarily widely accepted within the LGBTQI+ community.

Here are some common myths about intergenerational relationships that are outdated and ready to go.

As they should, laws pertaining to the age of consent aim to protect children from sexual predators. However, they also have the unintended consequence of making us think that relationships where the partners have a significant age discrepancy somehow points to the kind of partnership where there is a power imbalance involving a victim (the younger partner) and a manipulative perpetrator (the older partner).

This also feeds into the common false trope that gay men are predatory child molesters, or that they “recruit” children. As one Times article about the subject stated, “Most older homosexual men are not predatory; but some are. Most young teenagers are not vulnerable to such attentions; but some are.”

While sexual abuse is an important issue across gender, age and sexuality, conflating criminal sexual abuse with a consensual, loving relationship between two adults is unfair and supports dangerous stereotypes.

This kind of attraction signals childhood trauma involving a parent, often their father

A common myth surrounding intergenerational relationships is the one in which the younger partner is assumed to have of “daddy issues” that now have an influence on the kind of partner he usually looks for.

James Grieg’s view of his own attraction in an opinion piece for The Guardian perhaps says it best: “A prescriptive, one-size-fits-all rule between consenting adults cannot work because it ignores the complexities of desire. Sometimes we’re attracted to people precisely because they hold some power over us. We are drawn towards those who are more confident or charismatic than we are. It’s possible to find yourself terrorised by someone born within a year of you simply because they have the kind of personality that makes them want to control others.”

The older partner is a sugar daddy

Youth has been among the most admired qualities in people throughout much of history, and this has certainly led to ageist rhetoric in the modern age, where we live longer than we ever used to before. This is even truer in the gay community, where the notion that men have a “sell-by date” before they become entirely undateable is still perpetuated.

For this reason, people often believe that there is a transactional nature to relationships between men with big age gaps between them, with the older partner providing financial stability and the upkeep of a lifestyle to their younger partners in exchange for sex. This again disregards relationships where the basic principles of the partnership are love and attraction.

Operating under the assumption that relationships where there is an age gap are based on convenience or on some kind of transaction, there is often the belief that these relationships are not sexual or romantic – and if they are sexual, then this is the price that the younger partner is paying for his lifestyle.

Critics might also hold the tenet that there is no sex because older partners are simply not able to perform optimally in bed. This ridiculous notion does not keep in mind that even if either partner had sexual issues, we also live in a modern age where these can easily be addressed. Even with decades between them, partners who differ in age can absolutely have fulfilling romantic and sexual relationships.

Perhaps many of the myths about intergenerational relationships stem from a general misunderstanding and discomfort that many people still have – these are frequently the result of disconcertment with what other people do in bed.

People who are a part of the LGBTQI+ community should be well acquainted with this sentiment, which is exactly why we should try our darndest to dispel these myths when they are unfairly perpetuated. To be honest, it’s just all getting really old.