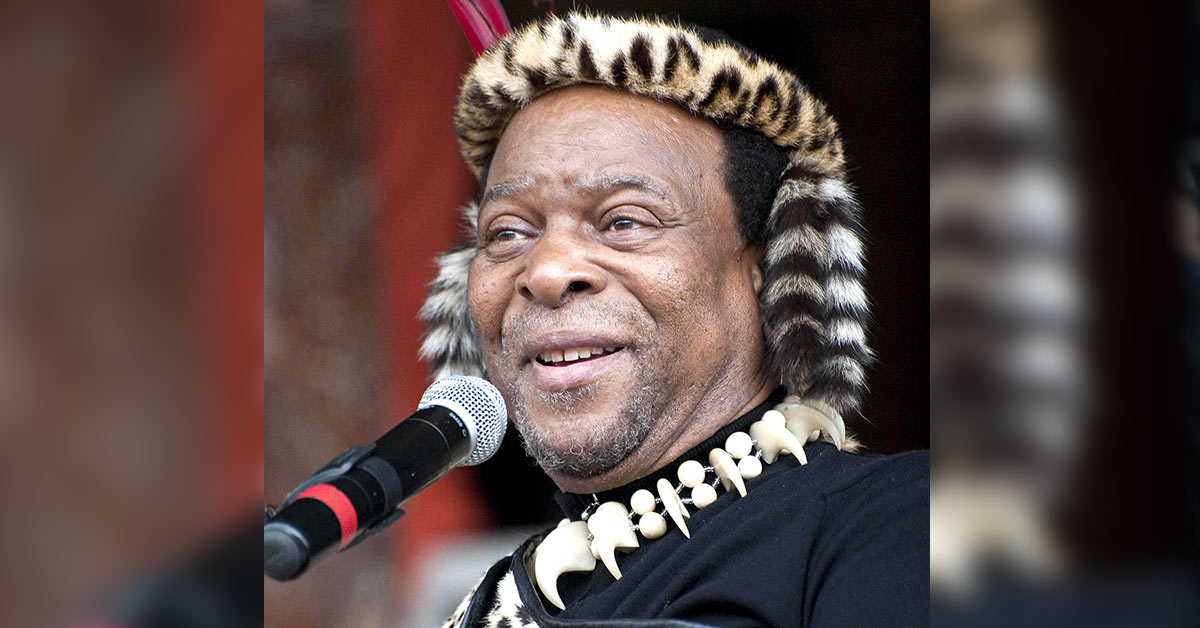 For many in South Africa’s LGBTQ community, the late King Goodwill Zwelithini will be remembered for perpetuating cultural homophobia.

On Thursday, the country said its final goodbye to the monarch with a memorial service held at the KwaKhethomthandayo Royal Palace in KwaNongoma.

The king of the AmaZulu nation passed away at the age of 72 in the early hours of 12 March after an extended illness and was interred in a private ceremony at midnight on Wednesday.

So significant was Thursday’s memorial service that Eskom suspended load-shedding for four hours to allow the nation to mourn his passing without disruption.

The late leader was lauded by the likes of President Cyril Ramaphosa as a “defender of his people” who “advanced their culture, their customs, their traditions and a deep sense of identity and nationhood.”

King Zwelithini, however, had a contentious relationship with the LGBTQ community and was accused of perpetuating the notion that homosexuality is un-Africa and incompatible with traditional cultural values. This said, his critics, enabled a culture of violence and discrimination against queer people on the basis of tradition and patriarchy.

In 2012, he was quoted as condemning same-sex love at an event marking the 133rd anniversary of the Battle of Isandlwana. “Traditionally, there were no people who engaged in same-sex relationships,” King Zwelithini was alleged to have said.

Soon after, the Zulu Royal Household denied that the king made the comments and insisted that his speech had been mistranslated.

Activists rejected this explanation and further claimed that “Back in 2005 at a Reed Dance festival King Zwelithini said that homosexuality was un-Zulu and accused them of confusing children and tarnishing the image of the Zulu Nation.”

The South African Human Rights Commission (SAHRC) at the time promised to investigate if the king’s statements “constitute hate speech, are dehumanising and are a violation of the constitutional right of LGBTI people to equality and freedom”. It remains unclear what the outcome of the investigation was.

The following year, the spokesperson for King Zwelithini, Prince Mbonisi Zulu, condemned the same-sex wedding of Tshepo Cameron Modisane and Thoba Calvin Sithole. The couple were married in a wedding that combined their traditional African cultures in KwaDukuza, the historic capital of the Zulus.

Zulu said that while “the Zulu Kingdom can’t go against the country’s Constitution…. We don’t condone this thing of gays.” He added: “I’m sure even in God’s eyes homosexuality is not holy.”

In 2017, the Institute of Race Relations found that KwaZulu-Natal is the second most dangerous province, after the Eastern Cape, for LGBTIQ people with regard to assault, family violence, sexual abuse or rape.