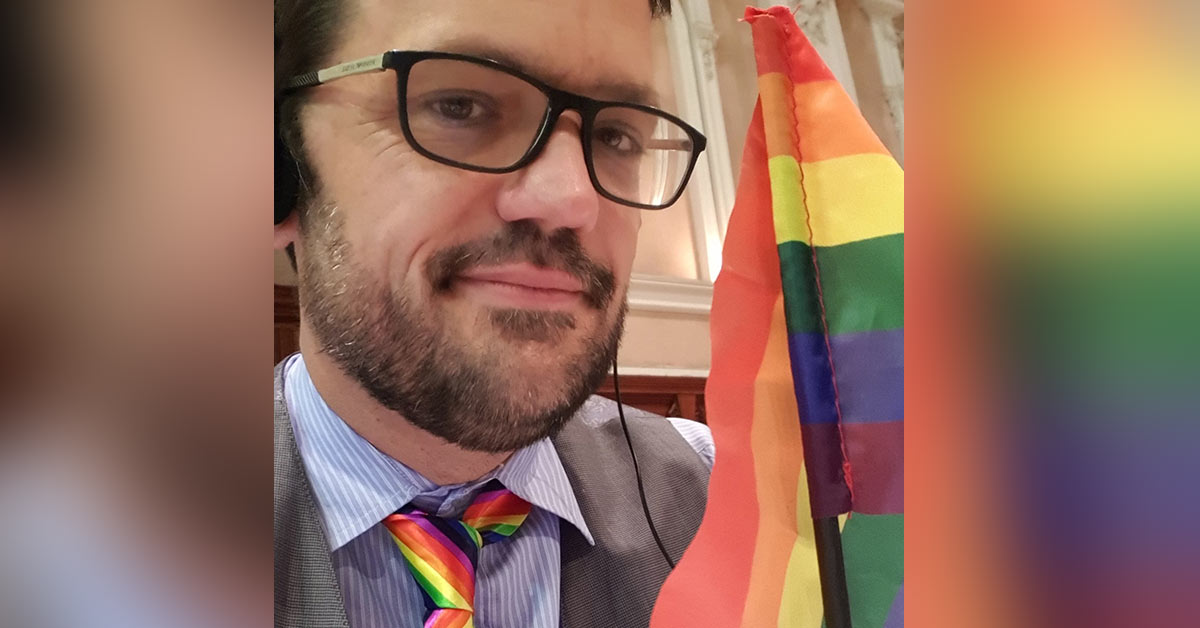 The following speech was delivered by MPL Martin Meyer (DA) in the KZN Legislature on 15 April in a debate marking last month’s Human Rights Day .

Imagine, if you will, having to hide who you really are every day, just to make sure you can get through the day alive. Imagine not being able to show your affection to the person you love, to protect yourselves from emotional and physical abuse. Sadly, this remains the life experience of too many people in our province.

The period of celebrating Human Rights in South Africa was one of mixed emotions for the LGBTIQ+ community in KwaZulu-Natal (KZN). This, as we watched with a sense of justice as Lindo Cele’s killer was sentenced to 25 years for the sickening murder of this young man – a man who dared to live his life his own way. A young man who dared to be who he really was.

Lindo was protected by the Constitution, but it could not save his life on that terrible day in 2020. But justice did in the end prevail and – in what the judge called a hate crime – sentence was passed.

Not even 24 hours later and the LGBTIQ+ community was again thrown into shock with yet another murder, again in eThekwini, in which Sphamandla Khoza lost his life. Stabbed, dumped in a ditch and his shoes put outside his house for his family to find.

The rights of our people, all our people, will only start being real, if they are not just written on paper, but instead written in the hearts of our people. They will also only begin to be real when we finally acknowledge – across the length and breadth of our province – where we still have to grow, work and develop.

This includes our elected leaders who must stand up in their communities, in their constituencies and with the councillors in their wards and speak up. It also includes every Member of the Provincial Legislature who should meet with the LGBTIQ+ community in the constituencies where they serve and stand up in their communities to speak out – not just about the rights of the LGBTIQ+ community but also on acceptance and tolerance. As leaders they must also show and live that acceptance and tolerance.

It is a sad fact that the vulnerable of our country remain vulnerable, in spite of the Bill of Rights. The DA believes in our Constitution, but sadly we are still not seeing it in action. This applies not only to the LGBTIQ+ community but also to our citizens with disabilities. Last week, Neil Mackay, a wheelchair bound man, was also stabbed to death. He was disabled after being shot 20 years ago. He could not defend himself. Another example of someone who has all the rights on paper, but who was not protected.

The signing of the Constitution and the Bill of Rights was the dawn of a new age, the beginning of a better life for the LGBTIQ community but the reality is that it was only the start of our journey, not only to freedom but also to our rights. For as long as one of us are not free, none of us are free.

Martin Meyer is a Member of the Democratic Alliance caucus in the KwaZulu-Natal Legislature. He is the KZN Spokesperson on Agriculture and Human Settlements and a member of both provincial portfolio committees.