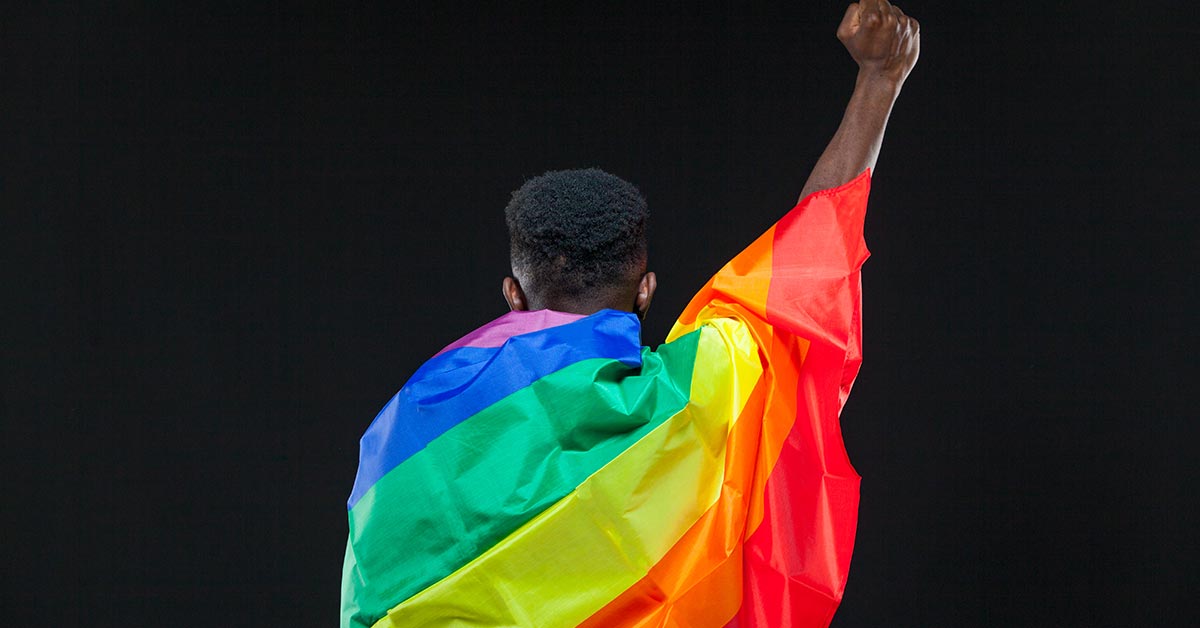 The International Day Against Homophobia, Transphobia and Biphobia – or IDAHOBIT – is observed on May 17 around the world.

The past few weeks have been filled with heightened emotions, trauma triggers and a lot of conversations about our safety as queer people in South Africa.

In just three months, there have been at least ten reported brutal murders of queer people across the country. Furthermore, the case of the murderer of Lindo Cele from KwaZulu-Natal was also recently in the new.

The has led to a conversation on what we can do to ensure our safety and who we can rely on to achieve this goal of safer communities.

Are we standing alone or do we have allies we can rely on in achieving the goal of a safer community for all of us?

May marks Africa month (with Africa day being on 25 May) and we also observe IDAHOBIT on 17 May. These days are important as we reflect on the events of the past months and weeks.

It is on this continent that many countries will imprison you for suspected or alleged “homosexual behaviour”, where South Africa is the only country to outlaw discrimination on the basis of sexual orientation and gender and offer marriage equality.

And yet, it is in this South Africa where many queer people are still afraid to walk hand in hand in public, where we are currently mourning the deaths of many and where we have normalised the term ‘corrective rape’.

This brutality does not stand as an island. There are other challenges faced by queer people in this land of possibility: access to basic health and gender-affirming care for transgender people, access to education and affirming school campuses, access to economic opportunities (be they employment or self-employment), workplaces that are safe in which to be our authentic selves and finally, the freedom to love.

Many of these seemingly basic freedoms and rights are a goal and often a desire that many queer people die without ever having experienced.

Being from a family that affirmed me, I’m one of those people who don’t have an elaborate coming out story – I was never closeted to my family and friends. But I know the discomfort of coming out, as I have had to come out in a few spaces, work being one of those. That act has the potential to create unforeseen stumbling blocks for one’s professional growth.

I have also witnessed the pain of desiring a relationship and being unable to embrace it because the person you’re in a relationship with has not come out, or can never come out because they are married and have chosen to be in a heterosexual relationship to avoid the shame of being gay.

I have seen the joy of friends and associates who find refuge in this South Africa, coming from other African countries where their lives were endangered by them coming out or being outed. Many of these refugees, however, are rejected by our government.

I have also personally been called various hurtful things and had slurs thrown at me on national TV.

The lives of queer people are characterised by violence and violation at every turn, through every phase of our lives and in various spaces, including spaces in which we think we ought to be safe.

This year’s IDAHOBIT comes as we reflect on where we are and where we have been. Eudy Simelane was killed in 2008 and her death shook her community of Kwa Thema (a community I partly grew up in and embrace as a second kasi) and South Africa. This led to the founding of Ekurhuleni Pride and a movement to safeguard queer people from hate violence.

Yet, since 2008, we have dealt with many more deaths, we have had more political parties mention how they stand together with us as LGBTIQ voters, we have had the discussion of the Hate Crimes Bill (but not its passage) and an amendment to the Civil Unions Act to provide more access to services of solemnising same-sex marriages.

However, with the legal protections, there has been both more physical violence and more subtle forms of violence – as seen on social media and in closed spaces; a seeming retaliation by cishet people to the LGBTIQ community’s continued struggle for equality and equity.

Look no further than Twitter for evidence. Consider the infamous podcaster McGyver Mukwevho and those who support him, look at reactions to LaSizwe Dambuza, Mohale Motaung and even Somizi Mhlongo and you soon realise that the stance of many is one of wanting us to quietly fade away and stop shoving our ‘lifestyle’ down their throats.

My desire this Africa month and during this year’s commemoration of IDAHOBIT is for us to not be required to be strong and proud, for a change.

I have the hope that the politicians who use us during election season (including the queer people who trade us for their growth in those political parties) to actually stand with us; make noise, demand accountability and fight to see that their ‘promises’ are kept.

Can our schools be safe for queer learners? Can trans people in Limpopo not need to travel to Pretoria for affirming health care services? Can police stations and officers be resourceful when we call and require their assistance?

And, can we finally see the Hate Crimes Bill become law and be used to address the violent rampage, ensure justice and deliver on the promise of safe communities for us.

My wish this Africa month is for South Africa to not be a marketing campaign but an actual safe haven for all queer people who live here, whether they are in Cofimvaba or Sandton, whether they have a degree or were forced to drop out of high school, whether they are rich or live in poverty.

Safety should be equally guaranteed for gay men with access and transgender women without. This IDAHOBIT, I am hoping for real and accountable allyship.

Perhaps if these things come true – I can finally believe that we are a liberated and equal country that is truly “alive with possibility”.