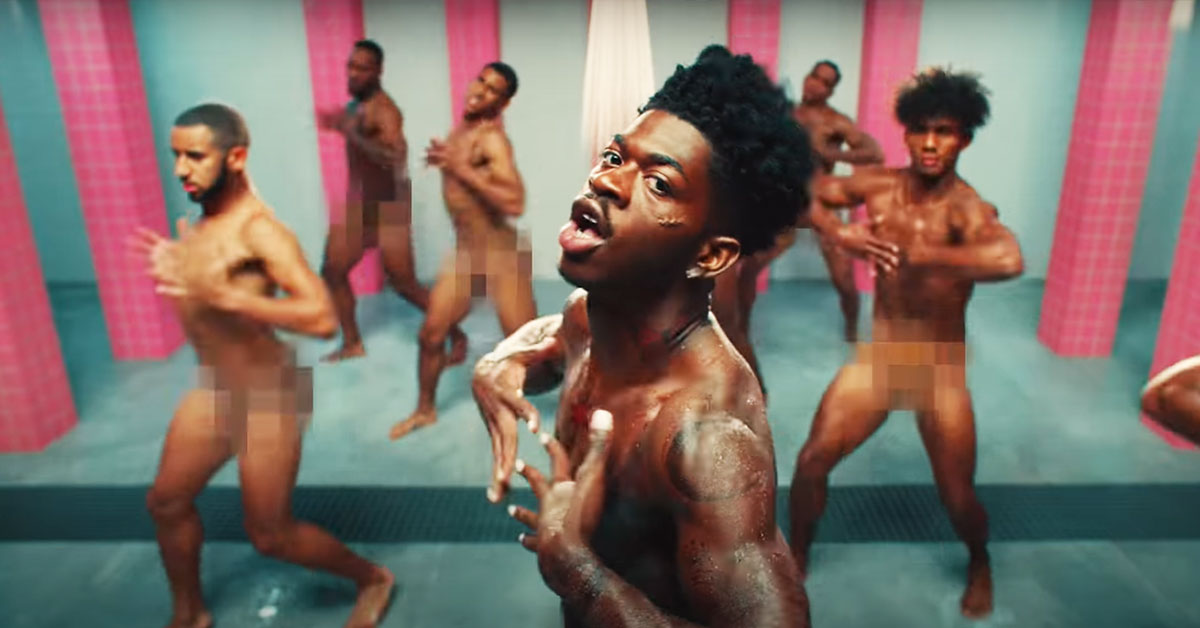 Lil Nas X, America’s queerest music provocateur, is back with another memorable video that features the star and his male dancers gyrating naked in prison showers.

The chart-topping rapper and singer has released the jail themed music video for his track Industry Baby, which offers a homoerotic take on prison life.

The song was co-produced by Kanye West and the video was conceptualised by Lil Nas and directed by Christian Breslauer. Since its debut on Friday, the video’s been viewed more than 13 million times.

And while it’s meant to be satirical and tongue in cheek, the performer has acknowledged the reality of the racially biased criminal justice system in the US. He urged his fans to donate to the Bail X Fund to help pay people’s cash bail.

“Music is the way I fight for liberation. It’s my act of resistance,” he wrote. “But I also know that true freedom requires real change in how the criminal justice system works. Starting with cash bail. This isn’t just theoretical for me. It’s personal. I know the pain that incarceration brings to a family. And I know the disproportionate impact that cash bail has on Black Americans.”

Lil Nas X broke new ground in the music world in June 2019 when he came out as gay, becoming the first artist to do so while topping the American charts (with Old Town Road).

The 22-year-old is shattering stereotypes, particularly in the rap and hip-hop scene, subverting heteronormative sexualised imagery and giving it a defiantly queer spin.

In April, his track Montero (Call Me By Your Name), which featured the star giving Satan a lap dance in its video, debuted at No. 1 on Billboard’s Hot 100 chart.

His performance on Saturday Night Live saw him kissing his male back-up dancer on national TV and (accidentally) splitting the crotch of his pants.