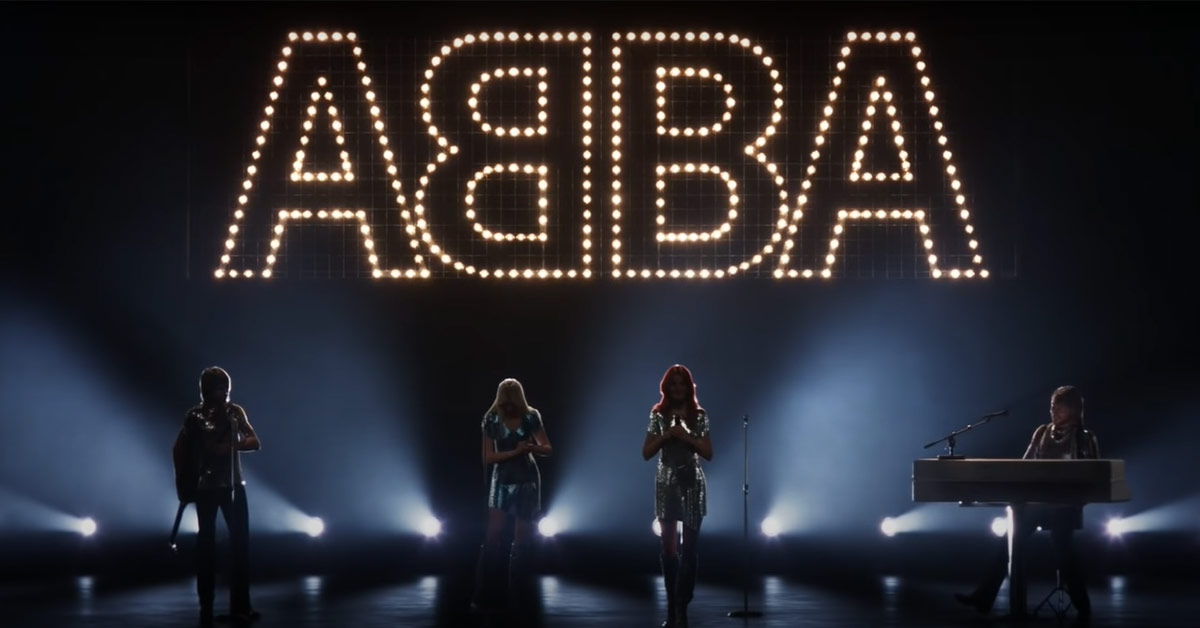 One of the most successful pop groups of all time, the Swedish foursome reunited to record the tracks I Still Have Faith In You and Don’t Shut Me Down.

The songs, which have already been enthusiastically welcomed by critics and fans, will be included in a new 10-track album.

Recorded together in Stockholm, Voyage will be released worldwide on 5 November. The powerfully nostalgic music video for I Still Have Faith In You was directed by Shynola.

The band – Agnetha Fältskog, Björn Ulvaeus, Benny Andersson and Anni-Frid Lyngstad – will perform digitally with a live 10-piece band, in a purpose-built arena in London next year.

The digital versions of ABBA were created following weeks and months of motion-capture and performance techniques with the band members and an 850-strong team from Industrial Light & Magic, the special effects company founded by George Lucas.

The show, called ABBA Voyage, will open on 27 May 2022 at the ABBA Arena, a state-of-the-art 3,000 capacity arena located at Queen Elizabeth Olympic Park in London.

Speaking in London at the launch of the new music and the concert, Andersson said that when the group – who are now all in their 70s – reunited in the studio “it was like no time had passed. It was quite amazing.”

Ulvaeus added: “At our age, there’s a certain depth to the whole thing. There’s a lot of experience to that, a lot of years, that I hope people can feel.”

ABBA released their last studio album, The Visitors, in 1981. Formed in 1972, the band first found international fame after winning the Eurovision Song Contest in 1974 with the song Waterloo.

They went on to become one of the most successful music groups in history with an estimated almost 400 million records sold worldwide.