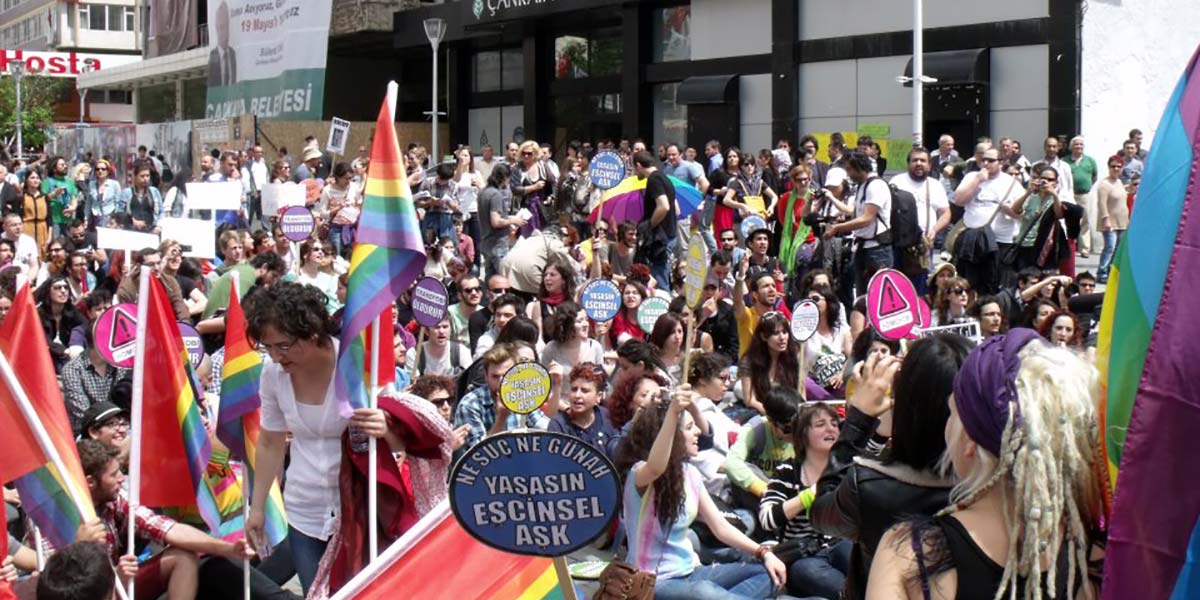 There’s relief as a court in Turkey acquits 19 activists who were prosecuted for participating in a peaceful LGBTI+ Pride march.

The 18 students and one academic were detained, charged and prosecuted for taking part in the march at Turkey’s Middle East Technical University (METU) in the city of Ankara on 10 May 2019.

They faced charges of “participating in an unlawful assembly” and “failing to disperse despite being warned” and up to three years in prison.

On Friday, the judge at Ankara’s 39th Penal Court of First Instance found the activists not guilty due to the absence of any element of a crime, and confirmed that commemorating Pride is not a crime. The full reasoning for his decision will be published in November.

In 2017, Ankara banned all LGBTI+ activities under a state of emergency, but this ban had been lifted in February 2019, months before the march took place. Therefore, there was no legal basis for METU to ban the march.

Despite the activists and students exercising their legal right to freedom of assembly by celebrating Pride, police intervened at the university’s behest, and used excessive force to disperse the march. They detained 22 participants, of which 19 were charged.

“We are very relieved to hear of the acquittal of the METU Pride LGBTI+ activists,” commented Katrin Hugendubel, Advocacy Director at ILGA-Europe.

“It is very important for LGBTI+ people in Turkey, but also across the region, to see that, in a context of rising hate-speech against LGBTI+ people by political and religious leaders, the courts and judicial processes protect the rights of all people to freedom of assembly, as enshrined in Turkish law and the European Convention on Human Rights, to which Turkey is party, and thus uphold the rule of law,” said Hugendubel.

Özgür Gür, from the Turkish NGO, ÜniKuir, who was one of the activists facing judgement in the trial added: “From the very beginning, there should have been no trial at all, and now, with this precedent, we will continue to raise the LGBTI+ struggle. We thank everyone for their support.”

While homosexuality is not illegal in Turkey, the LGBTI+ community faces increased discrimination, stigma and limitations on its freedoms, including bans on Pride events, under right-wing homophobic President Recep Tayyip Erdogan and his government.