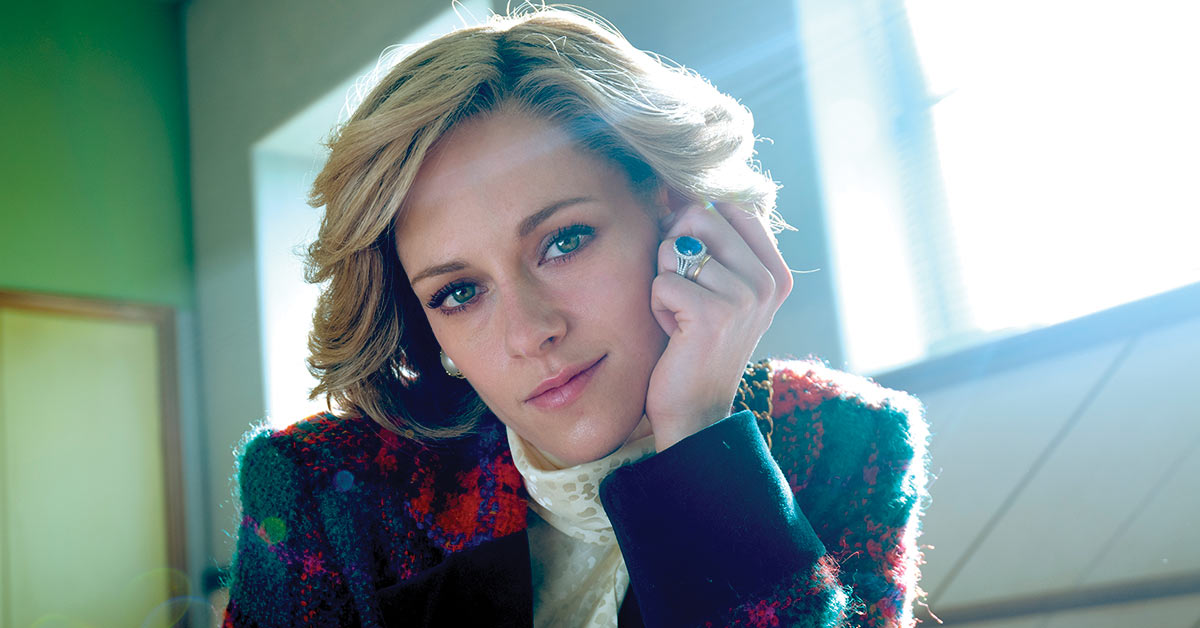 Kristen Stewart has been lauded for her stunning turn as Princess Diana in Spencer, earning her a Golden Globe nomination for Best Performance by an Actress in a Motion Picture – Drama.

It’s the 31-year-old queer star’s first Golden Globe acknowledgement in a career that has spanned more than 40 films. (This good news comes on the heels of her announcement last month that she’s engaged to girlfriend and screenwriter Dylan Meyer.)

Spencer tells the “imagined” story of what might have happened during the Christmas festivities at the Queen’s Sandringham Estate. At that point in time, Diana and Prince Charles’ marriage was already in the doldrums, with rumours of affairs and divorce in the air.

“This is the story of a Princess who decided not to become a queen but chose to build her identity by herself. It’s an upside-down fairytale. I’ve always been very surprised by her decision and thought it must have been very hard,” says the film’s Chilean Director Pablo Larraín

Spencer speculates about what could have taken place behind closed doors but is based on extensive research about Diana, Royal Christmas traditions, and even anecdotes of ghosts at Sandringham House.

“We didn’t aim to make a docudrama, we wanted to create something by taking elements of the real, and then using imagination, to tell the life of a woman with the tools of cinema,” says Larraín.

And he was certain that Stewart would make a perfect Diana. “Kristen Stewart is one of the great actors around today. She is where she is now because she has something very important in film, which is mystery,” he explains.

“It was crazy how confident Pablo was in my casting,’ Stewart recalls. ‘Without even having a conversation with me or making me read anything, he knew I could do it.”

Thankfully, she was up for the challenge. “I’ve worked for a long time as an actor and I wanted to see if I could go to the very top of the mountain so to speak. I just thought as an actor, if you’re not trying to do that, then why are you even an actor?”

Stewart felt like she got to know Diana through her research and found some similarities to her life that she could relate to, particularly having not only herself but her relationships dissected by the media and public.

“I’ve felt extremely out of control in certain periods of my life, and that is a defining factor of her life. She must have been aware that people were always staring at her, and I’ve tasted that, I know what that feels like,” Stewart says. “As soon as I got to understand her and build a relationship with her through my research, I couldn’t believe how easy it was to love her.”

As someone who doesn’t usually take a long time to prepare for her roles, Stewart knew with Spencer she needed the time to research and study Diana’s accent.

“I watched and listened to her a lot and I remember certain things she has said that have really affected me and gave me goosebumps,” Stewart explains. “She had this casual but incredibly intense way of speaking that was so disarming and really attractive.”

Stewart worked with dialect coach William Conacher to perfect Diana’s accent, a vital part of the process of becoming Diana. “There are instructions that William has developed over his career that make it possible to create sounds that are totally new to your muscularity,” Stewart says.

Of course, as a fashion icon, the film’s costumes had to be absolutely perfect (courtesy of Oscar-winning costume designer Jacqueline Durran). Stewart fell in love with the clothes so much, that some of them came home with her at the end of production. One key look was her favourite.

“I loved the Chanel couture gown. To me, that was the image of the film, a Princess raging out in a cupcake ballgown at Christmas dinner. Diana probably didn’t even wear a ballgown to Christmas dinner, but it was so important to show this broken woman start screaming and charging through the palace. I loved that dress and I love even more how we slowly destroyed it walking through Park House with the rats and dust. She has her most cathartic and releasing moment in that dress.”

The film’s screenwriter, Steven Knight praises Stewart’s performance in Spencer. “Kristen journeyed deeply into Diana’s soul, adopting not only her voice and mannerism but also her flaws and virtues. Her research was meticulous and the result speaks for itself,” he says.

The critics agree, with many expecting an Oscar nomination to follow. The Daily Telegraph’s Robbie Collin wrote: “Stewart – who will be instantly and justifiably awards-tipped for this – navigates this perilous terrain with total mastery, getting the voice and mannerisms just right but vamping everything up just a notch, in order to better lean into the film’s melodramatic, paranoiac and absurdist swerves.”

You can judge for yourself when Spencer opens in cinemas on 16 December.