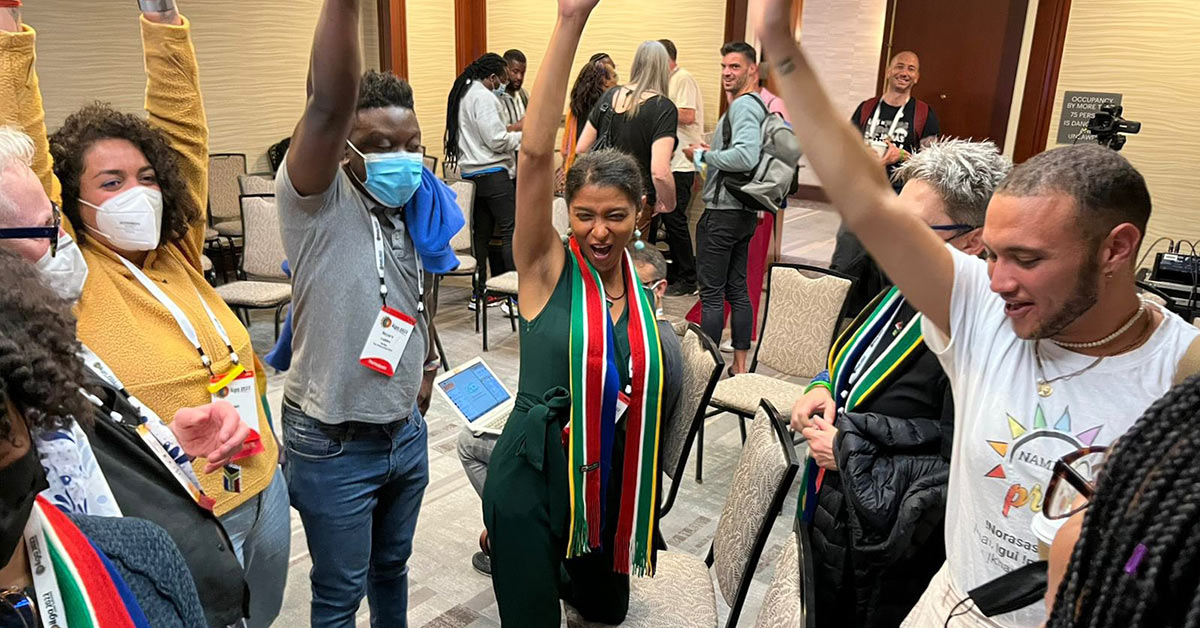 Cape Town has been named the host city for the 2024 ILGA World Conference, one of the globe’s largest LGBTIQ+ rights gatherings.

The announcement was made after a vote by ILGA members at ILGA’s 30th world conference on Friday in Long Beach, California. Delegates clapped, cheered and sang as the decision was read out.

Cape Town beat out two other contenders to be named the host country; Buenos Aires (Argentina) and Ghent (Belgium). The ILGA World Conference was last hosted on the African continent in 1999, in Johannesburg, South Africa.

The Cape Town bid was presented as a partnership between two South African LGBTIQ groups, Gender Dynamix (GDX) and Iranti. The organisations recently jointly hosted the SA-EU Dialogue on Policy Improvement for Transgender and Intersex Persons, together with the South African government and the European Union.

GDX is one of the oldest trans rights organisations on the continent while Iranti is a decade-old organisation focused on trans, LBQ and intersex rights.

“We feel confident that the moment has come for the ILGA World Conference to return to Africa, where the LGBTIQ movement continues to make significant strides despite repressive and often violent homophobic contexts,” the groups asserted in a joint statement.

“The beautiful city of Cape Town, with its incredible natural wonders and exciting man-made attractions, is consistently ranked among the ‘world’s top queer-friendly cities’ which makes it a natural choice to host an ILGA World conference,” said the organisation.

“The city also has many symbolic and meaningful sites of memory for the struggles of LGBTIQ persons as well as the larger struggle for freedom in South Africa. This makes it a particularly powerful context for the global LGBTIQ community to reflect on and imagine the pathways to our collective freedom.”

The ILGA World Conference has been a platform to assess where LGBTIQ communities stand, share experiences and best practices, build alliances and partnerships, discuss the future of the movement, and collectively chart ways to advance equality worldwide.

MambaOnline congratulates Gender Dynamix and Iranti on their successful bid to bring ILGA World Conference back to Africa.

WE DID IT!!! WE DID IT!!!! @GenderDynamix and @irantiorg are bringing @ILGAWORLD 2024 back to Africa!!! 💃🏾💃🏾💃🏾
We CANNOT wait to see you all in Cape Town in 2024! The BIGGEST queer conference in the world is coming to South Africa! #ILGAWorldCapeTown2024 pic.twitter.com/YSE3SBj5P6

#ILGA2022 Our membership has voted: the 2024 ILGA World Conference will be in Cape Town, South Africa! Congratulations to host organisations @irantiorg & @GenderDynamix: our world conference will return to the African continent for the first time since 1999! #ILGA2024 pic.twitter.com/bXfcrBhpF7