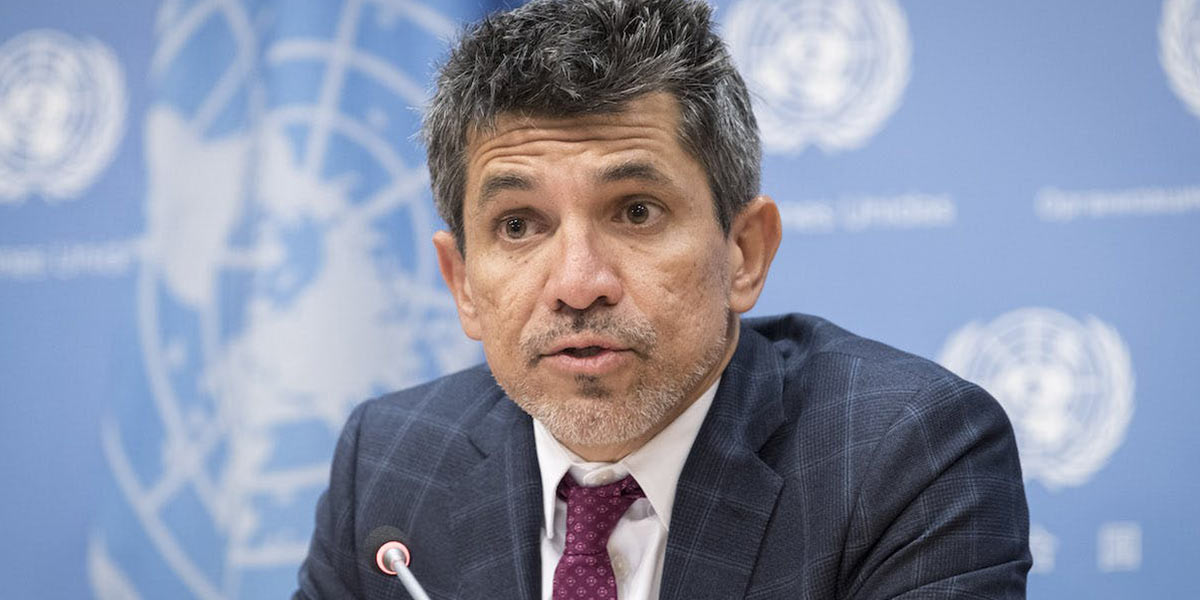 Victor Madrigal-Borloz is the current UN Independent Expert on SOGI

More than a thousand civil society organisations from 134 states and territories have delivered a joint global statement calling for the renewal of the mandate of the UN Independent Expert on violence and discrimination on the basis of sexual orientation and gender identity (SOGI).

“The continuation of this mandate is critical. In every region of the world, widespread, grave and systematic violence and discrimination based on one’s real or perceived sexual orientation and/or gender identity persists,” the coalition of 1117 groups said in their statement.

The UN Independent Expert on SOGI is mandated to propose ways to better protect persons who suffer from violence and discrimination on the basis of their SOGI. He does this by assessing the implementation of existing international human rights standards, talking to states, and working collaboratively with other UN and regional mechanisms to address violence and discrimination.

The UN Human Rights Council (UNHRC) votes every three years to retain the position, most recently in 2019. South Africa was among the countries that voted then to renew the mandate.

Those that opposed it included nations that have anti-LGBTQ legislation and/or traditionally reject monitoring of their repressive laws or policies: Afghanistan, Bahrain, China, Egypt, Iraq, Nigeria, Qatar, Saudi Arabia, and Somalia.

The current UN Independent Expert on SOGI is Victor Madrigal-Borloz, a Costa-Rican jurist who was appointed in December 2017.

“A decision by council members to renew this mandate would send a clear message that violence and discrimination against people of diverse sexual orientations and/or gender identities cannot be tolerated,” said the groups. “This would reaffirm that specific, sustained and systematic attention continues to be crucial to address these human rights violations and ensure that LGBT and gender-diverse people are in fact free and equal in dignity and rights.”

The statement was delivered as part of the interactive dialogue with Madrigal-Borloz, who presented his reports on his visit to Tunisia and on the realisation of the right to health.

Since its creation in 2016, this UN expert has raised awareness worldwide about the impact of the criminalisation of same-sex relations and the lack of affirming legal gender recognition procedures.

The expert has further underscored the damage caused by so-called ‘conversion therapies’, while also highlighting examples of good practices to prevent discrimination and affirming the importance of data collection specific to the experiences of LGBT and gender-diverse people.