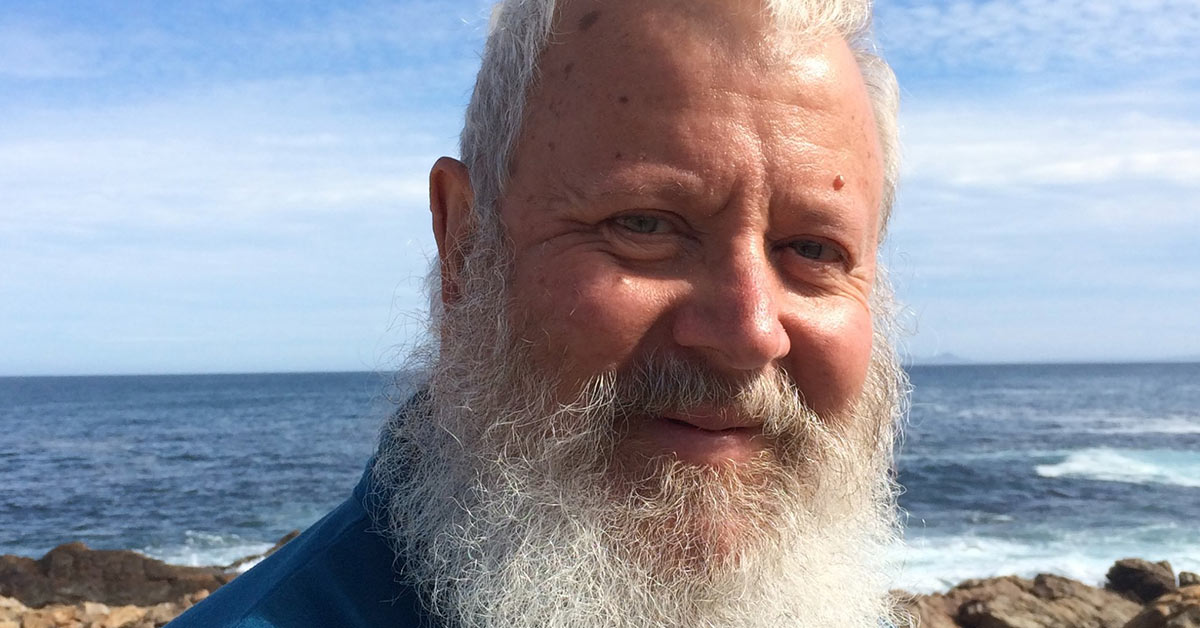 In a time when being gay was taboo in South Africa, the late movie critic, columnist and arts journalist Barry Ronge was one of the most prominent gay personalities in the media.

It’s unclear when or if he ever formally “came out” to the public, but Barry was always known to be gay without it being explicitly said, as was the norm for many of his generation.

This saw him become the target of rumours that had deeply homophobic undertones. Nevertheless, with his sparkling personality and charming smile, he was widely loved by the masses.

But in addition to his achievements in the entertainment, literary and media world, Barry’s life also encompassed a touching queer love story that spanned 45 years.

A very private man, not many details of the relationship with his longtime partner, Albertus van Dyk are public.

It was at one of his book launches later in life that Barry thanked Albertus “whose inspiration never dried up when mine so often did. Albertus, half of the ideas come from you, all the inspiration too. There’s not much I could do without you. Thank you for such great light and joy for so many years.”

And it was in the arms of the very same Albertus that Barry passed away from natural causes at the age of 74 on Sunday 3 July 2022.

He’d retired from public life in 2014 and spent the last few years in seclusion in his beloved garden sanctuary in Johannesburg. As per Barry’s wishes, he was cremated in a private ceremony.

In an obituary that he prepared before his death, Barry wrote: “Sitting in the glorious morning sun hand in hand in the herb garden next to the fragrant lavender and rosemary of remembrance. The ebb and flow of many seasons. Unique colour and fragrance has inspired and nurtured me in our natural, organic, wild sanctuary garden where I died peacefully in the arms of my beloved.”

In the obituary, Barry expressed his gratitude “for the one I love, for weaving together the most beautiful, gracious, precious, mindful life tapestry for over 45 years. You, my most treasured birthday present, my ever-loving, living breath.”

A recording of Albertus reading the witty and moving obituary, titled Barry’s Last Write, was published on social media.

For many, Barry Ronge will be best known as a television movie critic, who famously rated films with scores such as “a scintillating seven” and “a fabulous five”, on popular shows like Front Row and Revue Plus. But he also achieved much more.

Born in Hillbrow, Johannesburg, Barry grew up on the West Rand. He completed his studies at the University of the Witwatersrand (Wits), where he wrote film reviews for the student newspaper.

He began teaching English and Afrikaans at St John’s College in Johannesburg, followed by a 10-year stint as a lecturer in literature at Wits. As a journalist specialising in the arts, he commented on contemporary literature, theatre, dance, culture and film for over three decades, often helping to catapult South African performers’ careers.

In the late 1980s, he was the food critic for the now-defunct Sunday Times Metro supplement, writing Barry’s Bites, and was Sandton Living magazine’s feared food critic under the pseudonym Ms Rebecca Parker.

From 1994 to 1995, he wrote a weekly column in the Star Tonight! Arts supplement, Ronge’s Writes. He was the first male journalist on the Women’s Page of The Star newspaper from 1980 to 1982, reporting on social, health and well-being and the arts. He was also editor of the Star Tonight!

He published Spit ‘n Polish, a collection of his Sunday Times columns, in 2006 and More Spit ‘n Polish in 2007. He was also known for his movie reviews in the Sunday Times, and his Sunday morning show on Radio 702 from 1989 to 2014 where he provided insight into all aspects of South African culture.

Barry Ronge will be fondly remembered by many South Africans for his wit, intelligence and inspiring commitment to arts and culture, and by the queer community as one of their own.

Barry Ronge was a brilliant man, generous mentor, a gifted storyteller who could keep one spellbound for hours. As his co-anchor of many years on Revue Plus he regaled me with history, folklore and pop culture hot off the press. Wordly and refined he was unpretentious … pic.twitter.com/q18BBpWvPW