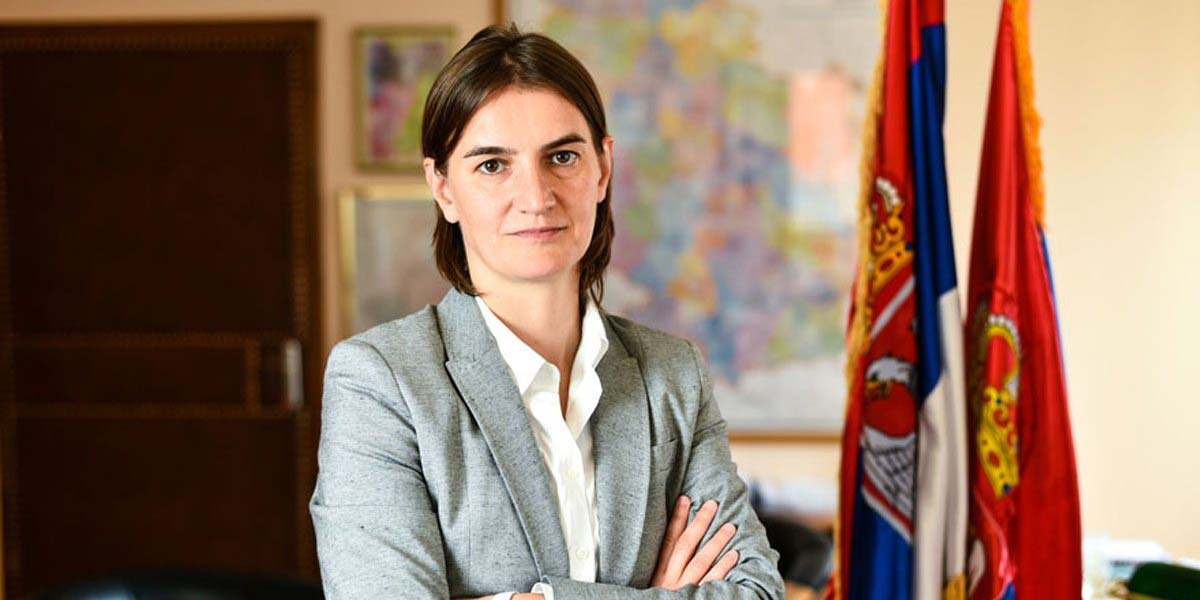 Serbia’s lesbian Prime Minister has been booed at the EuroPride human rights conference after her government banned Saturday’s Pride march at the last minute.

Following an earlier threat by Serbian President Aleksandar Vucic to cancel EuroPride in Belgrade, the police officially banned the march route on Tuesday with just days to go.

The authorities cited security concerns in the wake of substantial public protests against the pride event, including a planned protest by right-wing and religious homophobes on the same day as the Pride march.

The interior ministry said that holding the Pride march would “endanger the safety of the participants of the march, as well as other citizens.”

Defiant EuroPride organisers said they will submit a formal complaint to the police to overturn the decision and would challenge the ban in court.

“Police have waited until the last possible moment to ban the EuroPride march,” said Kristine Garina, President of the European Pride Organisers Association which licences EuroPride.

“Every time this has happened in Belgrade before, the courts have ruled the decision unconstitutional. The first ever ban on a EuroPride march cannot be allowed to stand and I have no doubt the court will take the same stance this time.”

Garina said the ban was an embarrassment for Serbia’s out lesbian Prime Minister, Ana Brnabić, who in 2019 gave her government’s support to Belgrade’s bid to host EuropPride 2022.

Despite the ban, Prime Minister Brnabić arrived to speak at the opening of the event’s human rights conference on Tuesday. She was heckled and booed while attendees chanted “we want Pride” and called her a hypocrite.

Brnabić largely failed to address the elephant in the room in her speech. “I don’t think this is a dialogue and I am probably the only person here who is discriminated against by both communities, and the first politician in this country and region who was not scared and ashamed to be LGBT. This is my battle,” said Brnabić.

“I am doing my best, I have increased the visibility of the community. I am pushing the boundaries by at least a meter, you do the same and things will be equal for everyone. Stop criticising,” she added.

When the audience shouted, “We are walking on Saturday”, Brnabić replied: “No one can stop you, because that is a fundamental human right.”

Activists and several politicians from across Europe, including Belgium’s Deputy Prime Minister, Petra De Sutter, are expected to march on Saturday in defiance of the authorities.

EuroPride is a pan-European LGBTIQ event featuring a Pride parade, hosted by a different European city each year. The 2022 edition is taking place alongside Belgrade Pride in Serbia between 12 to 18 September.