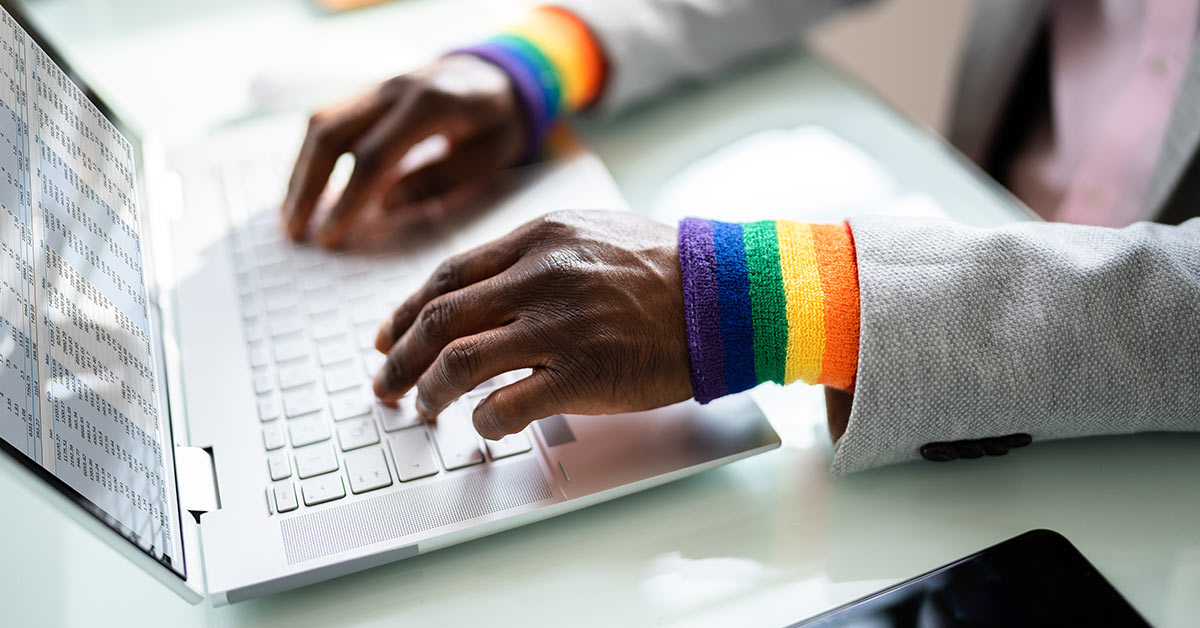 Apartheid legislation threatened the LGBTI+ community with jail time and forced many of us into hiding. This erasure allowed stigma to flourish; to this day, some of my friends lose business opportunities when the people they’re working with find out that they’re queer.

The reason for the fallout is often disguised as something innocuous. “We’ve been rethinking our project budget.” Sometimes the messenger lets slip the fact that a conservative stakeholder pushed for this move.

The white supremacist version of Christianity that gave us racism is the same version of Christianity that gave us queerphobia. South Africa created a solution for the legacy of racial discrimination, but it didn’t create a matching solution for the legacy of discrimination based on gender and sexual orientation. While the Black Economic Empowerment Act didn’t force anyone to work with black people, it rewarded those who did.

LGBTI+ people were also discriminated against and are more susceptible to job loss, homelessness, falling out of education systems and hate crime.

Unfortunately, BEE was hijacked by cadre deployment. Unpacking the State Capture years shows why queer economic empowerment was never read into BEE, even though any transformation or Diversity and Inclusion specialist knows we need to overcome hidden and structural biases: President Jacob Zuma was a tribalist who ensured that his cronies got contracts in exchange for funding the ANC.

The jargon of BEE and transformation justified the enrichment of straight male tribal patriarchs who were party loyalists. This trend began before Zuma; it peaked during his term, so much so that BEE had to be renamed Broad-Based Black Economic Empowerment.

Then along came the Guptas, who were naturalised as South Africans, some speculated, so that they could be awarded government contracts. They were racist and they knew how to exploit racist tensions as well as racist tropes; in Zuma, they saw a wannabe chief who could turn the Republic into a homelands system with themselves as its colonial masters. This insight helped them steal perhaps R16,217,793,047.18.

What were we left with? An army of blessers who squandered taxpayers’ money. Many who were excluded from these economic benefits turned to different types of violence (xenophobia, gender-based violence [GBV] as well as hate crimes) because they instinctively knew that to succeed in the ANC’s South Africa, one had to be a straight male hegemonist who performed acts of “othering”. The varying discriminations are symptoms of the need to reinforce the rules by which services, power, resources and economic opportunities are to be distributed.

Yet, I feel, much of our activist discourse is about ensuring equitable representation within the LGBTI+ acronym. That’s important; some of us are more privileged than others. Our activism is about pronouns. That’s also important. But what foundation do these things stand on if they aren’t being viewed as symptomatic treatments of the problem of Narrow-Based Economic Empowerment? Shouldn’t the solution incorporate a truly Broad-Based Economic Empowerment paradigm that recognises LGBTI+ people were also discriminated against and are more susceptible to job loss, homelessness, falling out of education systems and hate crime?

Dealing with symptomatic discrimination works in the favour of corrupt politicians because it costs them nothing to repeat empty platitudes and promises. But if we suddenly said, “We want for transformation legislation to specify how much money the private and public sector needs to invest into undoing this legacy”, we’d see that they have zero intention of putting any money where their mouths are.

We need to get our lawmakers to write and implement economic redress policy to strengthen the case for LGBTI+ inclusion, just as they wrote Black Economic Empowerment.

While the Constitution and our laws forbid unfair discrimination and stipulate that workplaces are to make workplaces safe for LGBTI+ people, they don’t make it easier for us, specifically, to access both public sector and the private sector’s Socio-Economic Development funds so that we can build queer shelters; they don’t speak of Skills Development legislation explicitly addressing the need to give queer folk access to education opportunities while also funding the sensitisation of government employees.

They don’t speak of Procurement as well as Enterprise and Supplier Development policy instruments incentivizing the equitable use of queer entrepreneurs. They don’t speak to succession and talent management offsetting the structural and social disadvantages faced by queer people in workplaces. Now, these may sound like different things but they’re B-BBEE elements. This is transformation that goes beyond pride flag logos in June and October.

And while nothing stops a business from targeting its B-BBEE compliance efforts at LGBTI+ people, legislation explicitly incentivises focusing on people with disabilities, people in rural areas, women and youth. These incentives often take the form of a few bonus points, giving public and private sector businesses the option of complying with legislation more cost-effectively.

If LGBTI+ people were on this list, businesses would have a concrete reason to target their B-BBEE compliance spends at us specifically: they would get points while saying money. Without this added incentive, the conservatives within corporates are in a stronger position to quietly undermine our stake in those investments. Therefore, we need to get our lawmakers to write and implement economic redress policy to strengthen the case for LGBTI+ inclusion, just as they wrote Black Economic Empowerment (when it suited them).

Now, someone may say to me, “Shouldn’t we focus instead on hate crime, or on creating inclusive schools to reduce the dropout rate of LGBT+ kids?” Indeed, but how are queer organisations going to have an impact on those situations if they aren’t using B-BBEE legislation to access the funds necessary to carry that work out?

– Siya Khumalo writes about religion, politics and sex and is the author of You Have To Be Gay To Know God. He is a Mr Gay South Africa runner-up, a Mr Gay World Top 10 finalist as well as a 2022 Mandela-Washington Fellow.