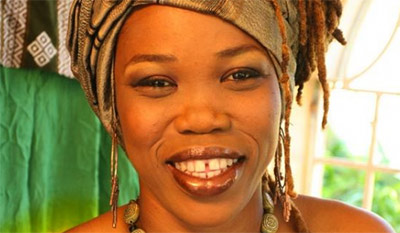 Ifrica appeared on stage during the Grand Gala independence celebrations at the national stadium in Kingston last week, where she asked:

“Where are the men who love women? I say woman and man. No gays around here. Man to woman I say. Where are the straight people?”

The event was watched by a packed crowd in the stadium, including Prime Minister Portia Simpson-Miller, and many more on television.

The comments follow the recent brutal killing of transgender teen Dwayne Jones at a party by a mob who discovered that she was biologically male. She was beaten, stabbed, shot, and run over.

J-FLAG, the Caribbean island nation’s LGBT rights group, said that Ifrica’s “sentiment is an example of the unabated divisiveness we continue to allow to take prominence on the national stage”.

It added: “It is regrettable that the government has not been able to guarantee non-discriminatory performances from artistes for such a high-profile function as the Grand Gala.”

The country’s Ministry of Youth and Culture later issued a statement apologising for the incident and said that the star had deviated from her script with her “inappropriate” comments.

It said that the event had been intended to “reinforce the value of coexistence, unity and respect for one another as part of a cultural revolution in the nation”.

The ministry promised to review its contracts and procedures when including artists at national events to avoid any similar future incidents.

In response, the unapologetic Ifrica said: “I simply spoke for what I believed in… Until a member of the gay community can give birth from their union they should not be abrasive to heterosexuals, because they came from that union.”

Many reggae and dancehall music artists are known for their homophobic stance in their performances and song lyrics.

According to Section 76 of the Jamaican Offences Against the Person Act of 1864, a maximum sentence of 10 years can be issued for committing the crime of “buggery”.

Before she took office in January, Prime Minister Simpson-Miller said that she opposed discrimination against LGBT people and indicated a willingness to review the country’s buggery law, but has since taken no action.

There are also various pending legal cases against the anti-gay legislation.