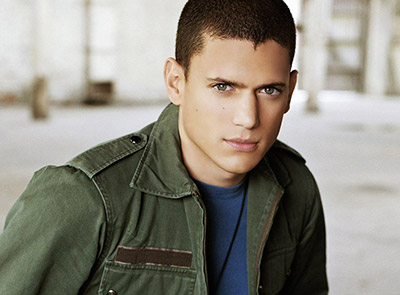 Prison Break actor and screenwriter Wentworth Miller has come out as gay while declining an invitation to the St. Petersburg International Film Festival in Russia.

Miller’s sexuality has long been a topic of speculation and on Wednesday he confirmed that he is gay.

In a letter to the film festival’s director, posted on the GLAAD website, the star – whose mother was part Russian – said that he could not attend the event because of Russia’s anti-gay laws.

“As someone who has enjoyed visiting Russia in the past and can also claim a degree of Russian ancestry, it would make me happy to say yes,” wrote Miller.

“I am deeply troubled by the current attitude toward and treatment of gay men and women by the Russian government. The situation is in no way acceptable, and I cannot in good conscience participate in a celebratory occasion hosted by a country where people like myself are being systematically denied their basic right to live and love openly,” explained the star.

The English-born American actor first rose to fame as Michael Scofield in the television drama Prison Break. in which his character sported a full upper body tattoo.

He became an international sex symbol and received a 2005 Golden Globe Award nomination for Best Actor in a Dramatic Series.

In 2007 Miller told the Australian Associated Press: “No, I’m not gay. I know these rumours are out there… I’m cool with the fact that they exist, I mean this is about fantasy.”

In an interview with German InStyle that same year he again insisted: “I’m not gay, but that rumour can’t be killed. I’d like to have a girlfriend and a family. But I haven’t met the right one yet.”

Since the show’s end in 2009, Miller has been focusing on writing film scripts, including the recently produced Stoker, which stars Nicole Kidman.

GLAAD spokesperson Wilson Cruz applauded Miller for his “bold show of support” that “sends a powerful message to LGBT Russians, who are facing extreme violence and persecution: you are not alone”.