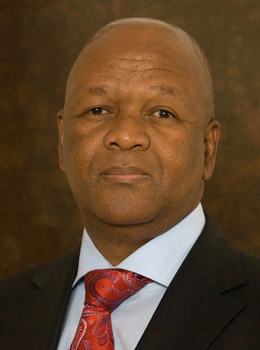 Jeff Radebe, the Minister of Justice and Constitutional Development, has confirmed that the government intends to introduce the concept of hate crimes into South African criminal law.

He also said that the government aims to make hate speech a crime, without sacrificing “South Africa’s commitment to high standards of free expression”.

Radebe made the groundbreaking statements at a panel discussion under the theme “Imagine a World Without Hate!” hosted by the South African Jewish Board of Deputies in Sandton on Sunday.

He told the audience that one of the key motivations for the proposed changes to the law, included in a draft policy framework, is “the violent targeting of lesbian, gay, bisexual, transgender and intersex (LGBTI) people based on their sexual orientation and gender identity, for example the so-called ‘corrective rape’ and murder of lesbians and transgender men, especially in townships.”

Radebe said that other motivators included a number of recent racist and xenophobic attacks as well as vandalism targeting religious institutions.

“Acts such as these that are motivated by social bias based on the identity (with reference to race, religion, national origin, sexual orientation, gender, or gender identity) of the victim are forms of bias-motivated violence, more commonly referred to domestically and internationally as ‘hate crimes’,” said Radebe, adding “…like we did with fascism and apartheid, working together we will defeat these hate motivated crimes.”

He further explained that “hate crimes are ‘message’ crimes that send fear to an entire community that identifies with the victim.

“As such, hate crimes, particularly when they do not meet an adequate response from the State, violate fundamental principles of equality and non-discrimination and can lead to social unrest,” he said.

Radebe’s speech reflects a positive move away from his earlier suggestion that hate crime legislation was not needed in South Africa.

In 2011, he said that he was against the idea of categorising corrective rape as a hate crime because “rape is rape regardless of the motive of the offender”.

Unlike what is the case in a growing number of countries, South African law does not currently acknowledge hate crimes as being a unique form of crime.

Radebe went on to state: “We have in earnest started with work to enact relevant legislative instruments that would make it punishable by law to commit acts of hatred against lesbians and gays.”

He said that his department is now finalising a memorandum to approach Cabinet for its approval of the policy framework and for approval to commence with a public participation process.

It is unclear how long this process will take