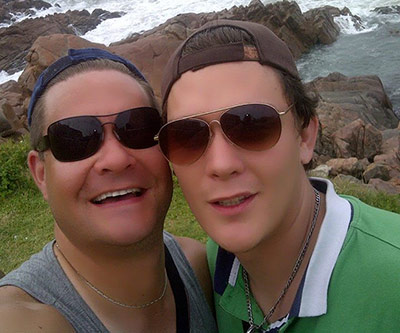 Another gay couple has been snubbed by a wedding venue. Outrageously, it’s one that was previously found guilty of discriminating against gays and lesbians.

In July 2012, the Alberton Magistrates’ Court, sitting as an Equality Court, found that the Sha-Mani Lodge in Alberton, Johannesburg unfairly discriminated against two lesbian women by refusing to allow them to hold their wedding at the venue.

It was fined R20,000, which was paid to Pretoria LGBT rights and health group OUT, and agreed to in future allow gays and lesbians to use the venue.

Shockingly, Sha-Mani appears to have simply ignored the ruling and its legally binding commitment. On Tuesday, Mambaonline was contacted by Johann Viljoen, who claims that he and his partner, George van der Merwe, were this week also turned away by the venue.

On March 14, Viljoen e-mailed Sha-Mani through its website, specifying the wedding date of June 28, and indicating that it would be a same-sex wedding.

He was e-mailed by the venue, informing him that unfortunately it was fully booked on that date, which he took at face value. Shortly after, the couple decided to postpone the wedding due to an illness in the family.

On Tuesday, Viljoen contacted Sha-Mani again via e-mail and asked if the venue was available for the new date of May 30 next year.

He then received a phone call from a Maryna. “She told me that she’s sorry but that they can’t assist me because the owners of the venue don’t do same sex weddings because it is against their beliefs,” Viljoen told Mambaonline.

“The call only lasted 30 seconds and I put the phone down. I was so dumbstruck that I didn’t know what to say to this woman.”

He then googled the venue and discovered the 2012 Mambaonline report about the earlier case.

“I then realised that they didn’t send me an e-mail because they didn’t want it in writing. Their website also doesn’t say that they don’t do gay weddings,” Viljoen said.

“They’ve already been fined and they are still denying people their weddings. Clearly the R20,000 fine was just a slap on the wrist. They need to be taught a lesson, they need to understand that they can’t discriminate against people,” he added.

Johan Meyer, from OUT, told Mambaonline that he was surprised by the news. “It is unbelievable that these people appear to be doing the same thing again. The original fine doesn’t seem to have been sufficient to deter them.”

Added Meyer: “If people have strong beliefs, they should keep them out of their business. No one is asking them to change their beliefs or feelings, they have a right to that, but they cannot act on these when delivering a service to the public.”

Mambaonline spoke to Maryna from Sha-Mani who refused to comment on the issue and referred us to the venue’s owner, Manie Janse van Vuuren. He, however, did not answer his cell phone which went to voicemail. 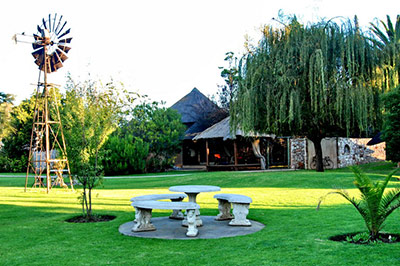 The Sha-Mani Lodge in Alberton

Professor Frans Viljoen, Director of the Centre for Human Rights in Pretoria, which represented the lesbian couple in the original 2012 court case told Mambaonline that he was shocked when he heard about the latest incident.

He confirmed that the centre had agreed to represent the new couple in the matter and intended to take it back to the Equality Court in Alberton.

“If the case goes all the way, the kind of remedy will be very different from the first instance” because the venue had not honoured its commitment to stop discriminating against gays and lesbians, said Prof. Viljoen.

He explained that he would push for a penalty against the venue that would be substantially more serious than the original fine, such as “losing their license to operate or a suspended sentence that will mean they suffer a very grave consequence if they do this again. That’s the only way.”

In March, the CEO of the SA Human Rights Commission, Kayum Ahmed, said that service providers are not allowed to discriminate against anyone as this is a violation of the Constitution and the Promotion of Equality and Prevention of Unfair Discrimination Act.

He was responding to a complaint that a Western Cape wedding venue had turned away a lesbian couple. In May last year, another gay couple were denied service by a separate wedding venue, also in the Western Cape.