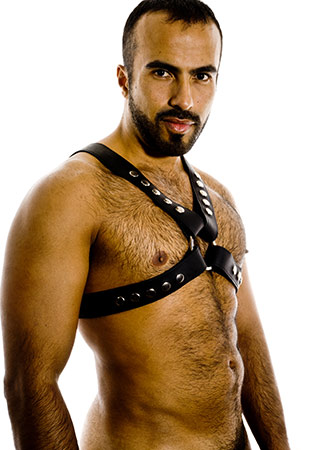 I’m usually a reluctant and late follower of fashion trends. I remember thinking the cardigan would never catch on again, and I held on to my silver sneakers for much longer than was acceptable.

I can never predict, despite six years among the hipsters of Cape Town, what the next big ironically hideous must-have of the season will be.

I don’t pay much attention to trends and I have always just assumed that my tastes evolved on their own. Sometimes I’m bang on the money (I’ve been wearing glasses like this since just before they were cool) and sometimes I wonder if people think I’m a bergie (I wear things year in and year out because I’m one of those rare gays who actually really hates shopping).

But our tastes don’t evolve on their own. They are gently massaged and prodded and influenced all the time. As a marketer you would think that I know this, but the epiphany caught me by surprise and I shouted out that The Devil Wears Prada’s Miranda Priestly had been right all along: we ARE all wearing lumpy blue sweaters that were chosen for us by the people in that room.

When did beards suddenly become so hot? They can’t have just become hot of their own accord. The whole world’s facial bone structure didn’t shift to make beards look more attractive. There was no evil dictator who went around culling all the ugly people with beards so that only the attractive ones survived. No, they became hot because of the magical power of trends and social influence.

And there is no escape. There is no way to opt out of our collective journey of manipulated sexual attraction. No matter how hard I try, I can’t think of anything more attractive than facial hair. Bearded guys make me weak at the knees. A friend described beards as “make-up for men: they make even the most mediocre-looking guy sexy.”

And it comes with insecurity, too. I don’t really have enough facial hair to grow a beard. I have tried many times and I have failed many times and I have come to accept that it will only ever look wispy and sparse. It’s scraggly, not scruffy. And no one is naming an app after that. In the new currency of sexual appeal, I’m impoverished. Sites have popped up (I can’t tell if they’re serious or not) with beard weaves and knitted beards for those who can’t grow one on their own.

This is the time for bears. Bears and wolves and otters and all the other animal-themed hair-based gay typologies that I’ve probably never heard of. And even though I’m surprised by how we got here, I am delighted to have arrived. I have always found body hair incredibly hot. Hairy legs and fore-arms will get any boy a second date. A hairy treasure trail down the stomach sets my heart aflutter, and a hairy chest has the power to make my face flush.

And now, with the unstoppable force of cultural trend, we’re delving ever deeper into the world of body hair. Man-scaping is no longer even a thing. It’s better now not to trim at all – to have thick, wild and luscious pubes, to relish hairy asses.

The final frontier is the hair on our backs. As far as I know, we haven’t come to an agreement on whether that’s acceptable or not. I still tackle my back hair with a razor and some dazzling acrobatics in the mirror. There is more of it growing there with each passing year, but my resolve isn’t weakening. It’s too ape-like for me – a very different vibe from the throw-me-down manliness of hair in the front.

If, in two years’ time, I’m salivating over some jock’s back-hair on the beach I’ll refer you back to the caveat at the start of this article: I was never any good at predicting trends.