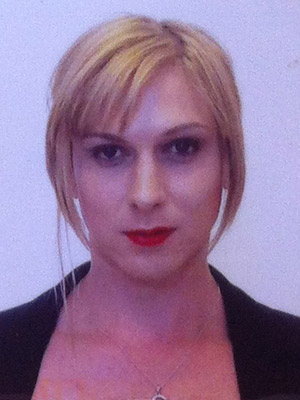 Alleged incompetence and discrimination by the Department of Home Affairs has pushed a transgender Gauteng woman to the point of being prepared to end her life.

Nadia Swanepoel from Florida, who began her transition four years ago, has embarked on a food and liquid hunger strike to protest the department’s alleged continued refusal to change her name and gender.

Three years ago, she first applied to change both her name and her gender on her identity document in terms of the Alteration of Sex Description and Sex Status Act 49 of 2003 (Act 49).

The law was enacted in order to facilitate the transitioning process for transgender and intersex persons.

To date, despite repeated attempts, 28-year-old Swanepoel has still not received a new identity document reflecting her new name and gender identity, something which the group Gender Dynamix blames on “the endemic discrimination inherent within the administrative process at Home Affairs.”

Swanepoel wants Home Affairs to realise that their conduct has cost her economically and emotionally. She has been forced into escorting as she cannot obtain permanent work with her identity document reflecting her as male.

In addition to refusing to eat or drink, Swanepoel has said that she will also seek a DNR (do not attempt to resuscitate) order. Without a correct ID, she feels that life is not worth living.

“It is inhumane to live like this, I feel like my life has no purpose and it frustrating because I know that other transgender woman are experiencing this difficulty,” she said.

Swanepoel told Mambaonline that she had started the hunger strike on Tuesday. “I’m feeling a little sick today,” she said, “Sick and not very strong.”

She insisted that she was prepared to die for her cause. “If I pass out or go into a coma, no one is allowed to touch me or resuscitate me unless my identity is sorted. I will refuse any medical treatment. If it leads to death then that’s how far I will go,” an angry and frustrated Swanepoel said.

She claims that over the past three years Home Affairs offices in Roodepoort and Randburg have repeatedly lost her application documents, which has required her to reapply for the same process.

When she recently went to inquire about her latest application she was reportedly told that she needed to have genital surgery in order to meet the requirements for the change.

Gender Dynamix described this as “a blatant lie and delay tactic.” The act states that, “Any person whose sexual characteristics have been altered by surgical or medical treatment or by evolvement through natural development resulting in gender reassignment… may apply to the Director-General … for the alteration of the sex description of his or her birth register.”

This section makes it clear that medical treatment and not genital surgery is the minimum requirement, says the organisation.

Without an accurate ID, a person is unable to access services and enter into contracts such as bank accounts, rental agreements, loan contracts, opening a hospital file, updating a driving licence and most importantly a person is denied their right to vote.

“The state’s failure to provide transgender persons with the necessary documentation puts transgender people at risk of being seen as fraudulent which subjects them to humiliation and potential arrest,” said Gender Dynamix.

Mambaonline spoke to a number of officials at Home Affairs. Norman Ramashia, the Director for Births, Marriage & Deaths, Passports & Citizenship, insisted that Swanepoel’s claims should not be used to paint the department as a whole. He denied claims of discrimination and promised to investigate the matter.

Another official confirmed that the department has Swanepoel’s gender change application and told Mambaonline that there was an outstanding medical report. Swanepoel, who claims to have submitted the report previously, said that she was in touch with the official and would resubmit the paperwork today for urgent resolution to her case.

While hopeful of a positive outcome, Swanepoel said that she would continue her hunger strike until the changes had been made.

Gender Dynamix claims that Swanepoel’s plight is not unique and that it is regularly contacted by transgender people with similar experiences.

“Even though South Africa is seen as a LGBTI heaven, the practice does not match the laws. The laws meant to guarantee equal access to rights are incorrectly and at times not implemented at all. Transgender people still face transphobic discrimination from Home Affairs officials and Gender Dynamix’s attempts to educate and sensitise Home Affairs have fallen on deaf ears,” it said.

UPDATE: Swanepoel is still waiting for Home Affairs to supply her with a correct ID book today (10 October), as they have promised. She will continue her hunger strike until this has been done. She told Mambaonline earlier: “I am very ill. I am tired. I’ve been sleeping quite a bit and my husband is getting concerned.” A petition calling for Home Affairs to save her has been launched. Sign it here.