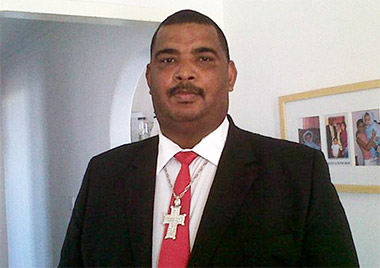 Bougardt, a pastor in Mitchells Plain, was taken to court by the SAHRC following complaints about his vicious anti-gay statements.

In April, Bougardt appeared before the Equality Court but the court decided not to pursue the case and instead referred the matter to mediation.

On Tuesday, the SAHRC announced that an agreement had been reached after mediation between the commission and Bougardt, before Justice Bozalek at the Western Cape High Court in Cape Town.

Most significantly, the settlement prohibits Bougardt from publishing further statements that are discriminatory or incite hatred or harm on the grounds of sexual orientation.

“The matter has been settled between the parties, and the SAHRC is happy about the settlement. No further statements would be made in this regard,” said the commission,

The SAHRC added that it will, at the request of Bougardt and at a date still to be determined, “give a workshop on the intersection between the constitutional right to religion, the right not to be discriminated against, and freedom of expression.”

Pierre LeRoux-DuPisani, one of the complainants against the pastor, said that he wasn’t entirely satisfied with the conclusion of the case and that he had at least expected a public apology.

He also claimed that shortly after the matter was settled Bougardt again posted homophobic comments on his Facebook page, although LeRoux-DuPisani said that these “fell short of hate speech.”

As recently as October 2, Bougardt said that religion was “being hijacked by homosexuals, and if we dare to speak out against these sinful lifestyles we are dragged before courts and Human Rights Commission.”

“This is an abomination and an attack on Christianity and the church. Let us unite in prayer and trust God to heal our confused brothers and sister, who claim they are born homosexuals,” he said.

“It is my opinion that he will remain a homophobe using religion to justify his primitive and uneducated views,” said LeRoux-DuPisani. “I guess we will just have to accept and live with it.”

Bougardt first launched his crusade against homosexuality in October 2011 by stating that Archbishop Desmond Tutu would burn in hell for supporting the LGBT community and claiming that most gays and lesbians are drug addicts and child molesters.

He went on to send a string of provocative e-mails to gay groups and media, including Mambaonline, and stated that he supports the execution of homosexuals.

In an e-mail in September 2012, he wrote that gay people are “to blame for all sex attacks on children, because people who kill and molest children have a homosexual background.”

In February last year, he proclaimed on Facebook that Oscar Pistorius’ fall from grace for killing his girlfriend Reeva Steenkamp was because Pistorius had been cursed by God for having “supported the filthy lifestyle of homosexuals.”

He has justified his hateful comments on the basis of his right to freedom of religion, stating that he is “Biblically mandated to preach against the homosexual lifestyle.”