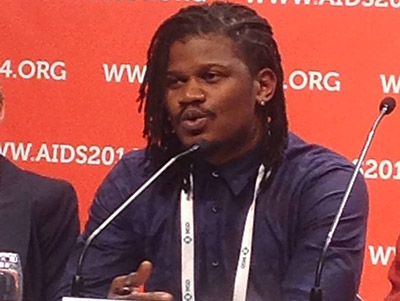 A well known human rights activist in Nigeria is suing the state after he was allegedly arrested and assaulted by police for no apparent or justifiable reason.

Blogger Melanie Nathan reported that on 22 October, Ifeanyi Orazulike, Executive Director of International Center for Advocacy on the Rights to Health (ICARH) and a board member of African Men for Sexual Health and Rights (AMSHeR), decided to celebrate his birthday at his office with 10 friends and colleagues.

At around 11pm, the office was raided by police officers, without a warrant.

“I saw men and women of the Nigeria Police Force, about fifteen (15) of them, armed with guns and what seem like bullet proof vest, manoeuvred their way into the office premises, despite the fact that the gate was closed and manned by security staff,” said Orazulike in an affidavit.

“I was told that they had come to arrest me on the instruction of the commissioner of police and nothing further was volunteered,” he said.

Orazulike claims that the police chased away his friends and colleagues and forced him into their vehicle. The officers are also alleged to have searched and trashed the offices as well as taking condoms, computers, files and other items.

Orazulike says he was driven around in the vehicle as police arrested other people, including “street girls”. At one point he was dumped at the Abuja Environmental Protection Board until the officers returned from arresting more people.

When he refused to accept an offer to bribe an officer in return for his freedom he was allegedly slapped to the ground. Despite repeated requests he was given no explanation for his detention. Eventually he was released without being charged.

A traumatised Orazulike is now suing the Inspector General of Police and the Abuja Environmental Protection Board in the Nigerian Federal High Court for violating his constitutional rights.

It is unclear if Orazulike’s arrest and abuse was an attempt to intimidate defenders of the LGBTI community, but it came just hours after Nigeria’s Federal High Court dismissed a legal challenge against the country’s recently enacted anti-gay law.

The law, signed by President Goodluck Jonathan in January, outlaws any kind of same-sex relationships with imprisonment as well as criminalising anyone who supports or operates gay clubs, societies or organisations.