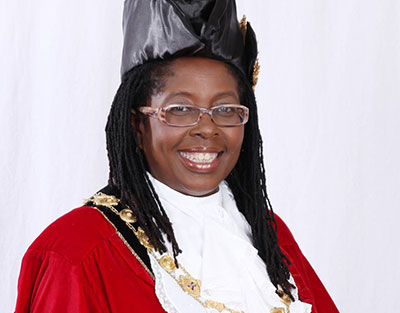 Two major public figures have come out in support of the first LGBT Pride event in Jamaica, often described as one of the world’s most homophobic nations.

Speaking to Washington Blade on Friday, Angela Brown Burke, Mayor of Kingston, confirmed that she would speak at the Pride’s opening ceremony this past weekend.

“I come from the point of view that I, as mayor, have a responsibility to all the individuals of Kingston,” she said.

“There are individuals who are minorities who have been struggling in terms of their identity and finding their own space. It is important for us to provide safe spaces for them,” explained Burke.

While admitting that many Jamaicans are opposed to and are uncomfortable with “non-heterosexual forms of behavioural expression,” he believes that “the views of the Jamaican society are evolving towards greater tolerance and against violence and other forms of intimidation and discrimination.”

“…as the LGBT community embarks on a week of activities to build awareness of the rights and needs of their members, I urge all Jamaicans to respect their right to do so in peace, and hope that the week’s activities will further the goal of making Jamaica a place where ‘Out of Many, One People’ is a fundamental guiding principle by which we all abide,” he said.

Jamaica Pride kicked off on Saturday and will run until this Thursday. In addition to the opening ceremony, it will include a symposium, a cultural show, a flash mob, sporting activities, a trade show for LGBT businesses, and a party.

Dane Lewis, Executive Director of J-FLAG, which is organising the event, earlier confirmed that a Pride march or parade would not be held this year because “Jamaica is not ready for such an event.”

The country has seen a number of horror mob attacks on LGBT people in recent years, including the murder of 17-year-old Dwayne Jones in 2013 and the stoning to death of a man said to be gay.

In a damning report last year, Human Rights Watch found that “LGBT people in Jamaica face intolerable levels of violence” and are taunted, threatened, fired from their jobs, thrown out of their homes, beaten, stoned, raped, or killed.

In 2011, before she took office, Prime Minister Portia Simpson-Miller said that she opposed discrimination against LGBT people and indicated a willingness to review the country’s criminalisation of homosexuality, but has since taken no action.

According to Section 76 of the Jamaican Offences Against the Person Act of 1864, a maximum sentence of 10 years can be issued for committing the crime of “buggery”.