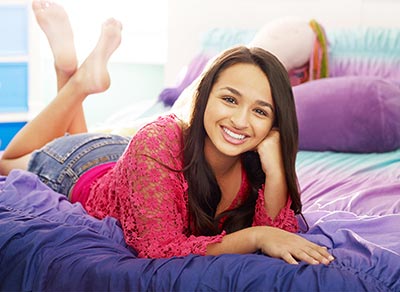 DSTV has dropped an acclaimed American reality series about a transgender teen from its schedule across Africa after complaints from transphobic Nigerian viewers and threats of censorship.

The TLC show, I Am Jazz, is an 11-part series about Jazz Jennings and her family “dealing with typical teen drama through the lens of a transgender youth.”

It was set to start on Discovery’s TLC channel tonight (27 October) at 20:55 but was suddenly replaced with another programme by MultiChoice, the South African owned parent company of DSTV.

In a statement, MultiChoice Nigeria said that it was “aware of the concerns raised by our viewers across various platforms, about the airing of I am Jazz.”

It explained that, “after careful consideration and wide consultation from various stakeholders, MultiChoice informs its esteemed subscribers that the mini-series, I am Jazz has been pulled off the schedule.”

The company added: “We regularly assess the impact our content have on our customers and we reassure them that their interests are always considered.”

The move follows a public outcry in Nigeria, including an online petition from DSTV subscribers, “who did not believe that the story of a transgender child was appropriate for Nigerian audiences.”

Nigeria’s television regulator, the National Broadcasting Commission, confirmed in a statement that it had received complaints about the programme.

It said it had approached MultiChoice and was assured that if “the programme is indeed promoting undesirable ideas that would offend the Nigerian public, they would pull the plug on the programme.”

The commission’s Director of Public Affairs, Awwalu Salihu, commended the “concerned citizens” for having raised the matter and for helping it to “properly regulate the industry for the good of society.”

It is not clear why the programme was apparently also pulled from the schedule in other African countries, including South Africa.

I Am Jazz premièred in July in the USA and received positive reviews from critics, with Time magazine’s James Poniewozik calling it “an engaging story of a teen girl who has transitioned. But it is also the story of everyone else, transitioning.”