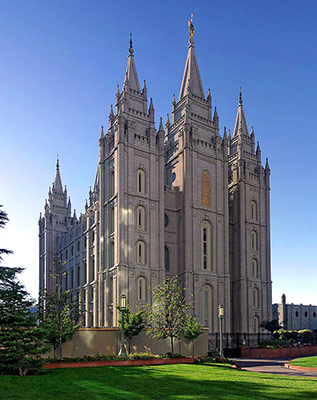 More than 2,000 members of the Church of Jesus Christ of Latter-day Saints have formally left the church in protest against its increasingly homophobic stance towards gays and lesbians.

The mass display of support for the LGBT community saw people gather in Salt Lake City across from the church’s headquarters to submit letters of resignation on Saturday.

Those who resigned should see their names expunged from the church’s records within a week.

The mass resignation was in response to extreme new policies towards LGBT people that were leaked online earlier this month.

These include processes to disciple and even excommunicate gays and lesbians in same-sex relationships who marry, which is now equated to serious transgressions such as murder.

The new rules in the church’s “Handbook of Instructions” also bar children of gay parents from being baptised until they are 18 and have renounced homosexuality.

“It is difficult for people to leave the Church. It takes people a long time to make this decision. It is a well-thought-out one and it is not taken lightly,” one of the protest organisers, Brooke Swallow, told Reuters.

According to the church, it has over 85,000 missionaries and a membership of over 15 million. It is ranked as the fourth-largest Christian denomination in the United States.