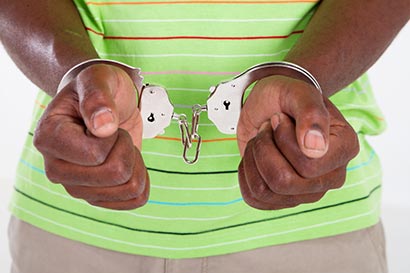 The Malawi Human Rights Commission (MHRC) claims that a government moratorium on the country’s anti-gay law is not legal.

According to the Nyasa Times, Chairperson of the MHRC, Justin Dzonzi, insisted that Parliament is the only body that can amend or repeal a law.

He urged the government to bring a bill to legislators if it wanted to end the criminalisation of homosexuality.

Last month, Justice Minister Samuel Tembenu announced that the government had “imposed a moratorium” on the arrest of Malawians for having gay sex, which carries a penalty of 14 years in prison.

The news was condemned by many of the country’s Christian and Muslim leaders who claimed that the government was kowtowing to international aid donors, on whom Malawi is largely dependent on.

Following a meeting with President Peter Mutharika in Lilongwe last week, Archbishop Thomas Msusa, who heads the Catholic Church in Malawi, made his homophobic views on matter clear.

“We were candid with the President, to say that these controversies and undue pressure on gay rights… are alien to most Malawians and are being championed by foreigners,” he told reporters

“As the Catholic Church, we say ‘no’ to supporting these gay activities and we will follow strictly our church doctrine,” Msusa proclaimed.

Earlier this month, Ken Msonda, spokesperson for Malawi’s former ruling People’s Party, said that arresting gay people wasn’t effective and that “the best way to deal with the problem is to KILL them!”