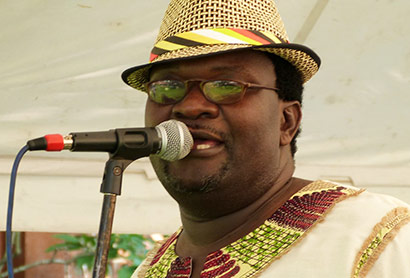 Lucius Banda, a well known Malawian musician and politician, has lost a UK concert tour contract because he refused to retract his anti-gay statements.

According to Nyasa Times, Banda, who is also an MP, was set to perform a series of shows in England over the Easter holidays.

The concert promoters, Grajoh Talent Management, have now cancelled the agreement over his “controversial statements on homosexuals” and refusal to apologise for them.

Instead, the company has signed up other Malawian musicians Lulu, Skeffa Chimoto and Dan Lu to perform at the shows in Manchester, Leicester and London.

In December, Banda abruptly walked off stage at one of his concerts in Mangochi after he spotted two men kissing in the audience.

He said at the time that he could no longer continue performing because seeing the couple made him feel “dirty” and “deflated his morale and spirit.”

Last month, Banda told The Marabi Post that homosexuality went against Malawi’s values and traditional culture and should be treated as an illness or disability.

“Homosexuality is a disability and I don’t condone disability. If you are disabled you go and get medicine, you don’t sit and say this is a minority, you don’t create a minority out of a mistake. If you eat through your nose not your mouth it’s abnormal. Go to a hospital, they should fix it,” Banda said.

He has also condemned the government’s recent controversial moratorium on the arrest of Malawians for having gay sex, which carries a penalty of 14 years in prison.

The UN High Commissioner for Human Rights recently criticised Malawi for dropping charges against a politician who called for the killing of lesbians and gays.