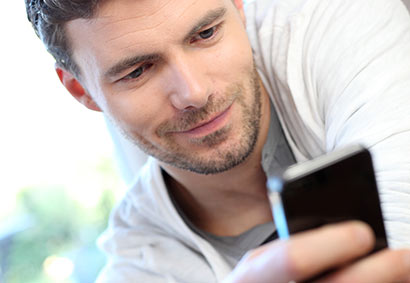 A study has found a strong correlation between new HIV diagnoses among men who have sex with men (MSM) and their use of online hook-up sites and apps.

Researchers from Brown University, The Miriam Hospital, and the Rhode Island Department of Health found that more than 60 percent of MSM diagnosed with HIV in the US state of Rhode Island in 2013 reported meeting sexual partners online in the preceding year.

Of the 43 gay, bisexual, or other MSM, in the study, 22 told researchers they believe a man they met online gave them the virus.

The researchers called on operators of hook-up websites and apps to work with public health officials to include more prevention messaging and to make this more affordable.

They named five sites and apps as the most popular amongst the men in the study: Grindr, Manhunt, Scruff, Adam4Adam and Craigslist.

The researchers insisted that the aim of the study was not to stigmatise sex or men who use the services but to inspire partnerships with companies to include more information that could slow the spread of HIV.

“A study like this is an urgent call to action for greater collaboration around education to address the health needs of men who have sex with men. The rate of new HIV diagnoses among men who have sex with men represents an unacceptable health disparity that absolutely must be addressed,” said study co-author, Dr. Nicole Alexander-Scott, director of the Rhode Island Department of Health.

Amy Nunn, associate professor of Public Health and Medicine at Brown University and director of the Rhode Island Public Health Institute, commented that, “One of the challenges this study highlights is that it’s prohibitively expensive for many organisations who focus on public health promotion to buy ads on these apps and websites.”

She argued that, “Reducing disease transmission should be part of these organisations’ corporate social responsibility programs.”

Study lead author Dr. Philip Chan, assistant professor of medicine in the Alpert Medical School and director of at the STD Clinic at The Miriam Hospital said that public health officials have struggled to sustain informational campaigns on sites and apps that charge for advertising, either because they have no discounts for non-profits or don’t discount enough.

The researchers noted that many of the individuals in the study were diagnosed late in the course of their infection. Nunn said this suggests that they may have been living with HIV for a long time, and potentially unknowingly transmitting HIV to other people, including partners they met online.

These findings highlight opportunities to disrupt HIV transmission, she said, by partnering with websites to deliver prevention messaging services that promote routine HIV testing, treatment, and uptake of pre-exposure prophylaxis (PrEP), a once a day pill that can dramatically reduce HIV acquisition risks for HIV negative individuals.