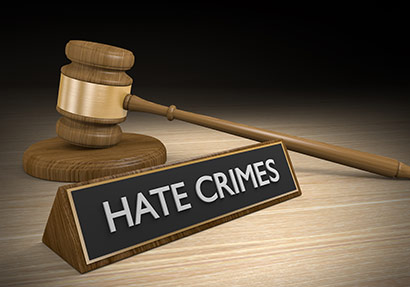 The long-awaited Prevention and Combating of Hate Crimes and Hate Speech Bill has finally been published, and allows for the jailing of those found guilty of hate speech.

The bill does not make hate crimes a new standalone kind of crime, but allows for the possible hate motivation behind criminal acts to be given additional legal recognition. This will let the authorities track the number and nature of these crimes, which was not possible before.

Under the legislation, should any existing type of crime be motivated by prejudice, bias or intolerance towards the victim on the basis of various factors (such as race, religion, gender identity or sexual orientation, among others), this will add an “aggravating” factor to the crime.

A judge would then be able to consider this aggravating factor in the sentencing of the perpetrator of the crime.

It also encompasses the distribution or publishing of hate speech via, for example, social media; a phenomenon that has made headlines in South Africa over the past year.

The hate speech provisions of the draft law are likely to spark fierce debate on the limiting of free speech and expression and whether the bill violates the Constitution.

Importantly, the bill tasks the police and prosecutors to include consideration of hate bias in their investigations and prosecutions. They will also be responsible for the “effective monitoring, analysis of trends and interventions and to provide quantitative and qualitative data” on hate crimes.

These statistics would be made available to Parliament, the South African Human Rights Commission, and the Commission for Gender Equality.

Furthermore, relevant government departments must also promote awareness and provide training on hate crimes and hate speech to the public and government officials.

Activist have lobbied government for more than a decade to enact legislation to help combat hate crimes in South Africa. At a media briefing on Monday, Justice Minister Michael Masutha explained that the bill was informed by similar pieces of legislation internationally, such as those in Kenya, Canada and Australia.

“We are clear that this bill of itself may not end racism and other intolerances but will create an instrument that will hold those guilty of committing acts accountable before the law,” he said.

The public, including human rights groups, now have until 1 December [since extended to 31 January 2017] to submit their comments on the draft legislation.

To read the draft Prevention and Combating of Hate Crimes and Hate Speech Bill, click here.