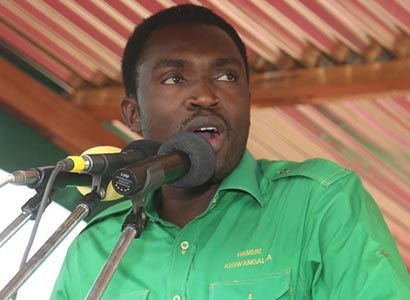 As the Tanzanian government cuts off HIV services for men who have sex with men, it has now also threatened to publish a list of gay people who “sell sex”.

“Those who think this campaign is a joke, are wrong. The government has long arms and it will quietly arrest all those involved. Once arrested, they will help us find others.”

In response to criticism, Kigwangalla went on to rant that, “Homosexuality is not biological, it is unnatural.” He insisted: “It is by free will, not by nature or by biology! Homosexuality has no any scientific backing! I am a scientist and I read a lot than you think.”

(The minister’s reading list must be rather outdated or very biased. Homosexuality is seen by modern science as a natural expression of sexuality and has been widely documented within many species.)

He went on to defend the criminalisation of homosexuality in Tanzania, tweeting:”Freedoms/rights have boundaries and both are protected by law! The law in Tanzania has boundaries when it comes to sexuality.”

Kigwangalla is notoriously homophobic. Earlier this month he accused three men of “spreading” homosexual activity through social media and ordered them to hand themselves in to the authorities or face arrest.

He has also claimed that the health department has information that some HIV/AIDS NGOs have been implementing programmes that “have been promoting homosexuality”.

This led to the government shutting down around 40 drop in centres around the country, mostly operated or funded by international agencies, that offer life-saving services and are working to stem the tide of HIV infection in Tanzania.

Health Minister Ummy Mwalimu asserted that the provision of lubricants such as K-Y jelly by the facilities are proof that they are intent on promoting homosexuality among young people.

In response, the US embassy in Dar es Salaam warned that the move “would result in fewer Tanzanians receiving life-saving services and expand the epidemic among those most in need of viral suppression”.