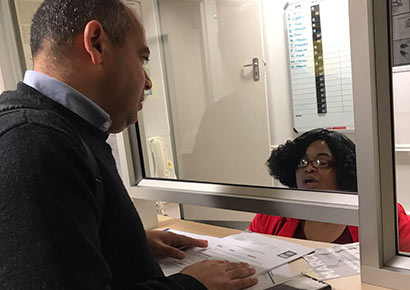 As Beloftebos threatens to take legal action against a “vicious public attack” against it, the ANC in the Western Cape has lashed out at the wedding venue’s homophobic policy.

Jacobs posted photos on Twitter of himself at the commission’s office and the completed complaint form. In a statement, the ANC called for the public to stay away from the venue.

“Mr Jacbos will also reiterate the call for a boycott of Beloftebos and other businesses that continue to discriminate against others‚” said the party.

Jacbos’ actions follows another high profile complaint with the SAHRC against the venue; that of constitutional law expert Pierre de Vos who has repeatedly argued that business owners cannot use their religious beliefs to deny LGBT people service.

Beloftebos made headlines last week when it turned away Capetonian Alex Thorne and her partner Alex Lu because they “only host heterosexual marriages”.

In a statement on its website, Beloftebos complained that it had “suffered a vicious public attack on the Beloftebos Facebook page and other social media, replete with threatening, offensive and hateful comments”.

The owners, Andries and Coia de Villiers, said that in regard to this “malicious public attack” they had been advised “to consider laying charges of crimen injuria with the SAPS and to lodge a complaint regarding the abuse of our right to dignity and the exercise of our freedom of religion.”

The de Villiers warned that “should we continue to suffer threats, harassment or hate speech, we may have no alternative but to follow our legal representatives’ advice and take the necessary legal action, which could include an application for a protection order”.

The owners explained that they were Christians who believe that “marriage is reserved for a life-long commitment between one man and one woman”. They also rejected claims that their policy “(based upon our religious convictions and beliefs) not to host same-sex wedding ceremonies automatically amounts to unfair discrimination or is illegal.”

They insisted that, “to date, no South African court has found that this is the case”.

However, in 2012, the Alberton Magistrates’ Court, sitting as the Equality Court, ruled that the Sha-mani wedding venue had violated the Equality Act by turning away a same-sex couple and had to allow gay and lesbian patrons to use its venue for any purpose, including for weddings.

In April 2015, the Equality Court in Cape Town also ruled that owners of guesthouses cannot use their religious beliefs to turn away LGBT customers.