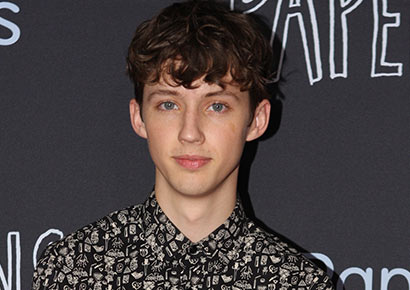 South African-Australian Spud star Troye Sivan will appear alongside the likes of Nicole Kidman in a major new coming out film.

The Wrap reports that the 22-year-old actor and musician has officially joined the cast of the gay coming-of-age drama Boy Erased, which will be directed by Joel Edgerton.

The film is based on Garrard Conley’s book Boy Erased: A Memoir of Identity, Faith, and Family.

It tells the story of the writer’s real-life experience of being sent to so-called conversation therapy at the age of 19 by his parents to “cure” him of his homosexuality.

Lucas Hedges, the star of Manchester By The Sea, will play the main role. In addition to Kidman, other major stars in the cast include Russell Crowe, as well as The Red Hot Chilli Peppers’ Flea.

Sivan confirmed the news of his casting on Twitter, writing: “Guys I’m so shook at this. This movie is gonna be so important and I’m honoured to be a part of it.”

Sivan was born in Johannesburg before emigrating to Australia when he was two. He became a household name after he played the part of Spud in the three film adaptations of the best-selling South African novels. He also played the part of the young Logan in X-Men Origins: Wolverine.

In 2013, Sivan came out as gay in a frank video to his YouTube followers, which number over 4 million. The multi-talented star released his stunning debut studio album, Blue Neighbourhood in 2015.

He has become a vocal activist for LGBT rights and in April won GLAAD’s Stephen F. Kolzak Award, which honours LGBT media professionals who have made a significant difference in promoting equality and acceptance.

Major medical and mental health organisations around the world – including The South African Society of Psychiatrists – have denounced “therapy” aimed at changing sexual orientation or gender expression as ineffective and harmful.

UM I guess cats outta the bag!!!! Guys I’m so shook at this ?This movie is gonna be so important and I’m honoured to be a part of it ?? pic.twitter.com/nPrJBOsu3o