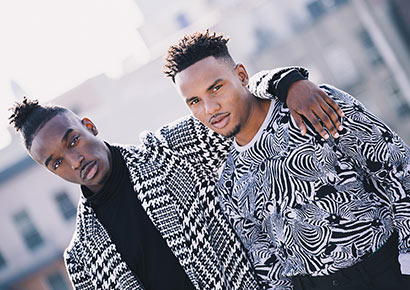 A new study has explored the complexities of same-sex relationships between men in Southern Africa and how this impacts on the fight against HIV.

Researchers used focus group discussions, in-depth interviews and online surveys to access the experiences of more than 600 men who have sex with men (MSM) who are in some form of same-sex relationship.

The study was conducted by the Human Sciences Research Council (HSRC) in partnership with the Gay and Lesbian Network in KZN, South Africa, and Positive Vibes in Namibia.

“Coming ahead of World Aids Day 2017, the study yields significant insights into the HIV risk taking behaviour, prevention and treatment needs of male-male partnerships in Southern Africa,” said the researchers.

Stigma and lack of information on MSM partnerships

Of those surveyed through mobile technology, 95% identified as gay, 94% said they had a sexual agreement and 78% said they were in a monogamous relationship. Only 33% had heard of PrEP and 2% are currently taking it.

In cases where both partners reported high levels of stigma, frequent substance use, and poor communication skills, there was a significantly lower knowledge of HIV prevention and they were less likely to use condoms with each other or with outside partners.

The results were generally exacerbated for the Namibian couples, where same-sex relationships are criminalised.

The researchers said the study shows the need to implement MSM-focused couples’ services that can address issues such as stigma and relationship dynamics (e.g., communication), to increase HIV prevention and treatment engagement.

Among 18 couples interviewed, the majority said they had some form of sexual agreement with their partner; either implicit (not directly expressed) or explicitly communicated.

The formation of and adherence to sexual agreements has been reported to relate to higher levels of trust, communication and commitment within relationships.

Couples who have assumed sexual agreements, and suspect infidelity, test for HIV more frequently and use condoms more consistently within the relationship.

Where couples had explicit agreements, a few described open relationships with female outside partners only. A Namibian participant commented, “He can sleep with other women but not with another man.”

A few participants implied that the more dominant partner (the “top”) may seek outside partners. Discrepant agreements were also noted, wherein one participant in a couple described having an explicit sexual agreement and the other an assumed monogamy.

The researchers believe that interventions, through which couples may gain the necessary skills to discuss and create agreements about sex with outside partners, may reduce the impact of HIV.

In interviews with 27 MSM couples, respondents related experiences at public health facilities which drove them to hide their identity or seek services elsewhere.

These showed how negative experiences, and the fear of repeating them, inhibits MSM from exercising their right to access available services intended to reduce the transmission of HIV.

The negative experiences most reported were hostility and judgemental attitudes towards same-sex desire and behaviour by health-care workers. Participants suggested that inadequate sensitisation training and ignorance about creating same-sex friendly spaces or providing services appropriately was the cause.

Participants also experienced health-care facilities as ‘straight spaces’, where attitudes consistent with the assumption of heterosexuality as the norm was a barrier inhibiting MSM, without a word being spoken. This made them feel they needed to ‘act straight’ before they could access services or even have the courage to enter health-care facilities.

Disclosure of same-sex desire and practices to public health-care workers was low, and many reported preferring health-care services at NGOs catering for MSM.

This limits MSM’s access to services like PrEP (pre-exposure prophylaxis), screening for HIV and other STIs, and treatment for HIV. “This is concerning in the fight against the HIV-transmission generally,” said the researchers.

They suggested that ‘queering the space’ through concerted efforts to integrate and strengthen appropriate, gender-focused curricula at tertiary level and within in-service training/orientation of civil servants, could lead to health-care being delivered more acceptingly, allowing for more inclusive, professional treatment.

The study found that counteracting these stressors by building healthy coping mechanisms could reduce HIV transmission.

Minority stress is chronic stress experienced by a stigmatised minority group, such as MSM exposed to homophobic social environments.

Twenty-seven MSM couples in both countries reported similar stressors despite legal protections for MSM in South Africa not existing in Namibia. Minority stress in MSM was examined during in-depth interviews to learn more about their coping mechanisms.

Defence mechanisms included denial, concealing sexual orientation and pretending to be straight, to reduce pressure to conform. Substances were often used to lessen inhibitions when exploring sexuality and reduce pain during intercourse.

Consequently, MSM may rely heavily on their partner’s emotional support. Regular challenges are exaggerated by the hostile environment in which MSM must live and love.

Thirdly, building resilience against stigma and discrimination through the support of a partner may lessen anxiety and isolation. Finally, finding safe spaces to express their love freely can support mental health and reduce HIV risk-taking behaviour.