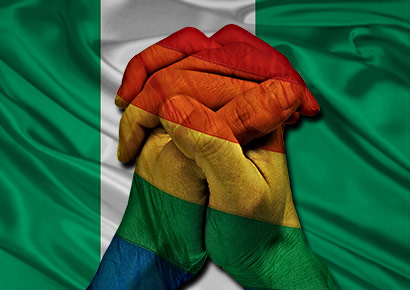 It’s been reported that between 50 and 100 men and women were arrested while partying at a hotel in Asaba, in the Delta State of Nigeria, on allegations of homosexuality.

According to Nigeria’s LGBTQ news website, NoStringsNG, police raided the hotel at around 2 a.m. on Sunday, arresting scores of party-goers on charges that they were gays and lesbians.

The police allegedly also beat up some of the individuals and threatened everyone in attendance. The hotel staff and management were included in the people arrested, who were taken to a police station in Asaba.

A witness, who claimed to have seen the police assaulting and arresting the party-goers, reportedly managed to escape.

Some who were arrested filed statements and have been released on bail, according to human rights activists working on the case. Others were said to still be in custody. It is unclear if and when they will be charged and tried.

These arrests come after the Nigerian state of Bemeu passed an anti-gay bill which would further criminalise LGBTQ people. According to NoStringsNG, the bill is called the Same-Sex Marriage Prohibition Law and is similar to the country’s already existing national Same Sex Prohibition Act, which was enacted in 2014.

The newly passed bill will prohibit any marriage or civil union contracts between same-sex couples from being solemnised in religious institutions in the state. Gay clubs, organisations and societies will be prohibited from being established and registered under the bill and expressions of same-sex affection in public are banned.

The state’s House of Assembly speaker, Terkimbi Ikyange, oversaw the bill’s passage in a plenary session after a clause-by-clause consideration, NoStringsNG reported.

It is still unknown whether the bill will impose the 10 and 14 year imprisonment penalties included in the national law, and when it will officially take effect.

Nigeria has some of the most repressive anti-LGBTI legislation in the world. In addition to the 2014 Same Sex Prohibition Act, anyone found guilty of engaging in homosexual acts can also be jailed for 14 years under older colonial-era legislation.