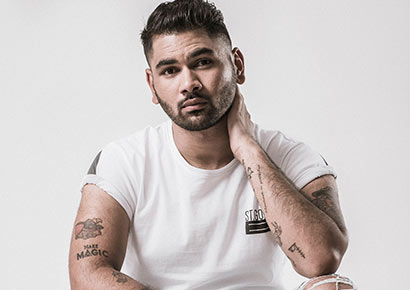 Craig Lucas, the winner of season two of The Voice SA, has come out in an emotional and inspiring open letter to his family, friends and fans.

Craig, who won the singing contest last year, posted the letter on social media on Tuesday. In it, he opened up about being gay and in the closet, his suicidal thoughts and his struggles with depression.

He revealed that it was in December 2011 when he realised one night that he was starting to have feelings for a very close friend while they were having drinks.

He explained that he’d previously dated women and enjoyed having sex with them. “What I was feeling didn’t make any sense. I’d never been more terrified in my life. I cut all contact with him. I spent the subsequent three years in a perpetual state of war with myself. It took me four years to accept what happened that day.”

Craig said that he came out to his family and friends in 2016 but when he started competing on The Voice, he was advised to keep his sexuality hidden.

“People started telling me to keep the fact that I was in a relationship with a man a secret – ‘the audience is conservative’ ‘no one will vote for you.’ So I did, and I won. ‘I’m glad I listened to them’ I thought. People then said ‘no one will buy your music if they think you’re gay’ ‘girls are your biggest market, you will alienate them.’ Before I knew it, I was right back in the closet again.”

Craig said he is now ready to come out to the public and “to give life to the seeds of joy that I know lie buried deep within my soil.”

He admitted that he doesn’t know what the response will be to his public announcement. “I don’t know what’s going to happen next. I expect to lose a couple of friends and fans, and I expect a couple of familial relationships to become strained as a result of this letter but it’s ok. I sing about ‘Hearts Exposed’ but hid mine. So here I am pulling my best Frank Ocean.”

Craig concluded: “I welcome whatever is coming my way with an open heart and an open mind. Until then, I have some making up to do with the people who stuck by my side even when I was at my worst, and some amazing fucking songs to write.”

His post was flooded with hundreds of messages of support. “Amazing honest letter,” wrote Cheryl Potgieter. “Internalized homophobia or what you call self hate can ‘kill’. Road will not b easy but hey you have taken a big, honest step.” Feryal Adams added: “Love you even more now Craig. Tremendous respect for your courage to set yourself free. So brutally honest and beautiful.”

Congratulations on coming out Craig. Thank you for your bravery and inspiration. Welcome to the family!

Read the full powerful letter below.

Everyone happy about Craig Lucas flying the ?????? flag.
But can we now please address the elephant in the room at how LGBTQI members suffer from depression because some in society feel the need to box [okay closet] people.

Who the heck is peeling onions?! pic.twitter.com/zYtXgPQZAo