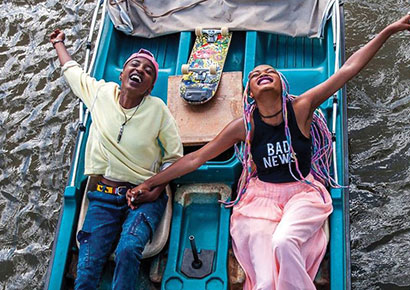 The American online publication recently named its 14 Best Queer International Films of 2018, and South Africa and Kenya were represented.

First on the list from Africa is Rafiki, which made headlines after the Kenya Film Classification Board (KFCB) banned it in April, shortly before it was screened at Cannes. The film was not allowed to be shown “due to its homosexual theme and clear intent to promote lesbianism in Kenya contrary to the law.”

Rafiki (meaning ‘friend’) is based on the award-winning short story Jambula Tree by Monica Arac de Nyeko. It is a coming of age tale about two Kenyan girls who fall in love and whose desire for each other flies in the face of African conventions.

The film’s director and co-producer, Wanuri Kahiu, then successfully sued the state to have the ban temporarily lifted. It was screened in cinemas in Kenya for a week, breaking attendance records.

Rafiki has also been screened at film festivals around the world and has been released in countries including France and Belgium. It does not yet have an official release date in South Africa.

Kanarie (Canary), the Afrikaans language film from South Africa, is next on the Indiewire list. Directed by Christiaan Olwagen, it is a gay coming-of-age musical drama set in apartheid South Africa during the 1980s.

It tells the story of an 18-year-old boy who is recruited into the Defence Force Choir. While on tour, he comes to terms with his sexuality and the nature of the country he lives in. 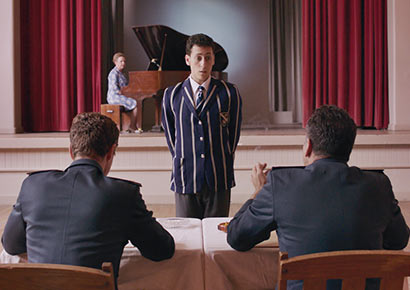 Kanarie got rave reviews when it screened at international film festivals and was recently released in South African cinemas.

Last week, the producers announced that the film had reached the one million rand box office milestone, which means that it has been seen by more than 15 000 people around the country.

In our review of Kanarie, we said it is “a remarkable South African film and a stellar example of queer storytelling.” Kanarie is still screening in some cinemas in Gauteng and the Western Cape.