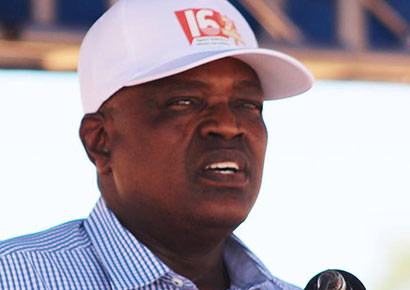 The recently appointed President of Botswana, Mokgweetsi Masisi, has been applauded for publicly speaking out in support of LGBTI people.

Late last month, Masisi, who assumed office in April, launched the country’s 2018 commemorations of the 16 days of activism against violence on women and children, in the capital Gaborone.

Addressing the crowd, he called on society to remember all those victims and communities that are vulnerable to violence and abuse.

“There are also many people of same sex relationships in this country, who have been violated and have also suffered in silence for fear of being discriminated,” Masisi told the crowd. “Just like other citizens, they deserve to have their rights protected.”

The groundbreaking statement follows the recent sharing on social media of a video in which a transgender woman was beaten and abused by a mob in Gaborone.

The organisation Lesbians, Gays and Bisexuals of Botswana (Legabibo) welcomed the president’s comment and thanked him for “your leadership and particularly for this acknowledgment you made in your 16 Days of Activism Against violence commemorative speech.”

“We are incredibly grateful to hear our sitting President speak openly and publicly on the need to protect those in same-sex relationships who have been violated. We are pleased that you named aloud the violence that members of our community suffer in their daily lives,” said Legabibo.

The group called on Masisi to work to decriminalise consensual same-sex relationships in Botswana, “because this unjust law is the basis of violence directed at members of our community.”

LGBTI people can be prosecuted under sections of the penal code that ban so-called “unnatural offences” and “carnal knowledge of any person against the order of nature.” Penalties include seven years in prison.

Legabibo also urged Masisi to address the difficulties faced by transgender and gender non-conforming Batswana in changing gender markers in their identity documents as well as the issue of religious leaders who “fuel hatred toward LGBTI persons.”

The group further called on the president to make a statement to all civil servants “that LGBTI people are citizens of this country, and like all other citizens, cannot be denied services available to the general public.”

Last week, the Botswana High Court announced that after a long delay it will finally hear a landmark case on the decriminalisation of homosexuality in March next year.