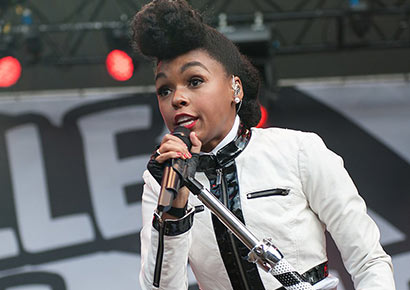 Thanks to celebrities who came out as queer, “pansexual” has been named one of Merriam-Webster’s most looked up words of 2018.

The dictionary publisher recently released its annual “Word of the Year” list, which includes eleven words that made a significant impact on popular culture. “Justice” took the top spot, followed by “nationalism” and then “pansexual” in third place.

Merriam-Webster editor Peter Sokolowski explained that the chosen words “must show both high volume of traffic and must show significant year over year increase in lookups on Merriam-Webster.com.”

He added that, “we see spikes in our data that correspondent to certain news events and stories reported in the media.” Sokolowski confirmed that lookups of pansexual “spiked when Janelle Monáe declared that she was one.”

Monáe, an American singer, songwriter, rapper and actress, brought the word into the mainstream in April when she told Rolling Stone that she initially identified as bisexual. She added: “But then later I read about pansexuality and was like, ‘Oh, these are things that I identify with too.’”

In July, Brendon Urie, the lead singer of American rock band Panic! at the Disco, also revealed that he identifies as pansexual.

The word is today most often used to mean “of, relating to, or characterised by sexual desire or attraction that is not limited to people of a particular gender identity or sexual orientation.”

The company added: “The semantic breadth of the prefix pan-, which means ‘all’ or ‘completely,’ has made pansexual a useful alternative to bisexual for those who see gender as a spectrum rather than a binary.”

The other words of the year for 2018 were: “lodestar” (one that serves as an inspiration, model, or guide); “epiphany” (a sudden perception of the essential nature or meaning of something, or an illuminating realisation); “feckless” (ineffective or worthless); “laurel” (an evergreen shrub or tree), “pissant” (someone who is insignificant); “respect” (high or special regard ); “maverick” (an independent individual who does not go along with a group or party); and “excelsior” (higher).