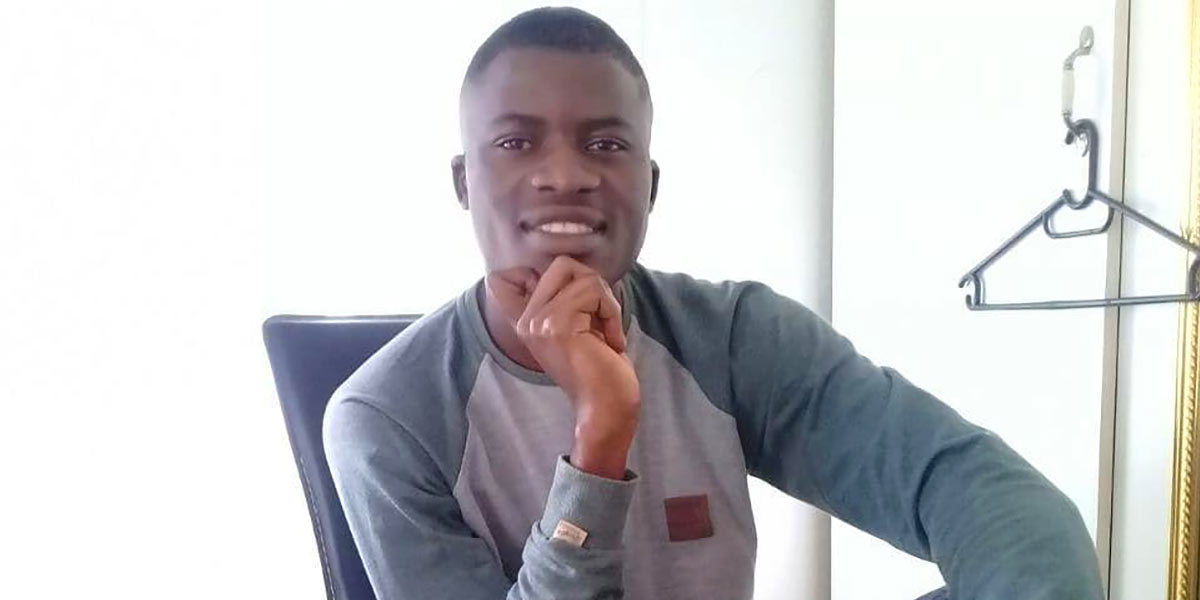 A young gay man who left a well-paid government job and fled from Zambia because of his sexual orientation has been denied refugee status by the South African Department of Home Affairs.

Homosexuality is punishable by 14 years imprisonment in Zambia where sections 155 to 157 of the Penal Code says “carnal knowledge of any person against the order of nature” is a felony. This provision dates from when Zambia was Northern Rhodesia and part of the homophobic British Empire.

Anold Mulaisho realised he was gay when he was 14 at boarding school. In January 2016 he started working for the Zambian Department of Water Affairs but made the mistake a few months later of telling his boss that he was gay and had a boyfriend. The news spread rapidly and he had to leave Zambia in a hurry as he feared being arrested.

He entered South Africa in January 2017 on a bus from Zimbabwe and on arrival in central Johannesburg he received a typical South African welcome: he was robbed, and lost his laptop.

Since 1 July 2017, Anold (then just 22) has had to go often to the Department of Home Affairs in downtown Pretoria, sometimes being given an Asylum Seeker Temporary Permit valid for only one week.

In a sworn affidavit about this case, Anold says, “I was interviewed by a male officer…(who) asked me why I was there. I said because of my sexual orientation. The officer laughed and called another officer. They both laughed….. The officer (said)… that if I claim to be a ‘gay’, why is it that I am not wearing make-up…. He asked if I have sex – am I the woman or the man?”

The contents of the affidavit clearly call into question the qualifications and/or training of staff of the Department of Home Affairs to deal with asylum applications by gay people.

On 30 January 2018 Anold received the decision by Home Affairs which said that his application for asylum was rejected because it is fraudulent. The written reasons given for this rejection were:

1. He did not play with boys but preferred to play with girls. The officer said in the document that a person who is gay would not enjoy the company of girls.
2. He would not have chosen to be gay if he was in pain after a rape incident. (He was raped at school)
3. He could not name LGBT organisations in Zambia. (There are none!)
4. He failed to give contact details of a previous lover.
5. That he could not have become a gay and be a Christian. He cannot be gay because Zambia is a Christian country.
6. He left Zambia to enter the sex work business.

Anold is at present working towards a way forward on the decision made by Home Affairs with the assistance of Access Chapter 2, a non-governmental organisation that promotes and advocates for the human rights of LGBTI people, including migrants and refugees. They are working closely with the Desmond Tutu Refugee Reception Centre to sort out Anold’s legal documents. Almost any competent lawyer should be able to trash the ridiculous reasons given for the rejection of his asylum application.

Anold’s dearest wish is to be accepted as a gay refugee in South Africa, and he deserves our help and support.

This article is courtesy of Exit Newspaper.