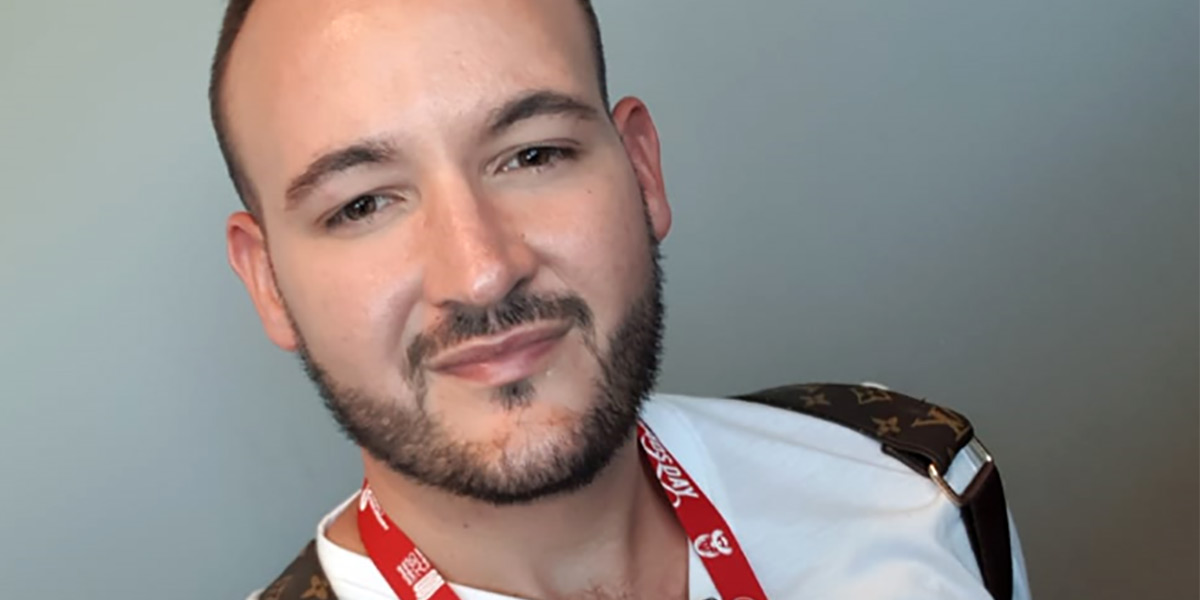 Many of those living with HIV have decided not to disclose their statuses – for their own personal reasons and often because they fear being stigmatised – but others have chosen to publicly own their reality in a defiant rejection of shame.

Meet Wade Schaerer, an HIV-positive gay man who refuses to live a life defined by ignorance. This 27-year-old airline Cabin Manager and HIV/Aids advocate promotes an affirming attitude to living with HIV, as well as treatment, testing and prevention methods like PrEP.

He recently opened up to MambaOnline about his HIV journey; coming out as positive to his mom and almost losing his job because of his status:

I’ve been living with HIV for nearly two years. I was diagnosed with HIV on 29 March 2017. I found out after a friend informed me that he had tested positive for HIV. I knew I would need to be tested too, and we rushed to the emergency rooms where a doctor used a rapid HIV test to determine my status.

I’ll never forget the day I was diagnosed. My heart was hitting my chest so hard I thought it would break my ribs. I saw those dreaded two lines appear right in front of me – I knew this meant I was HIV-positive. I remember feeling scared, I thought I was going to die. I never knew much about HIV/Aids and the doctor didn’t offer me any kind of post-test counselling. I went home and immediately started doing research and self-educating myself on this human condition.

Telling my mom that I am HIV-positive was probably the hardest part of this journey. I knew it would hurt her, I knew it would disappoint her; I am her only child. Coming out as HIV-positive [was] 100 times worse than coming out as gay. She went to bed and didn’t say much, she said she needed to process it. It took her a while to come to terms with my diagnosis. She felt guilty that she wasn’t able to protect me. I tried going into education mode, trying to tell her that I was still going to live a normal life, but at the time I still knew very little about HIV/Aids.

I thought I was going to die then but people living with HIV who take their ARV treatment are expected to live normal, long and healthy lives. I also thought I would never find love or have a sex life again. But we now know that ‘U=U’ (undetectable = untransmittable) means that a person living with HIV, who takes ARVs and maintains an undetectable viral load cannot transmit the virus to their sexual partner(s). U=U is based on science and supported by many international medical organisations.

I can’t tell you how many times I’ve been asked on dating apps if I was “clean”, and how many times I’ve had to explain that although I am HIV-positive, I’m not “dirty”. It’s stigma and it simply refers to the negative attitudes and beliefs (often erroneous ones) about people living with HIV.

“Let go of the judgement”

The first time I really felt stigmatised was when I was grounded by the Aviation Authority of South Africa. I didn’t want to live in silence and secrecy about my status, so when I disclosed my status, I got grounded immediately. I lost income as a result and I was subjected to overzealous medical testing and neuro-psychological examinations where I had draw shapes and memorise a sequence of numbers. It made me feel like I was in Grade 1 again. I remember telling the examiner “I didn’t hit my head, I have HIV.” I knew that this was unjustified and I had to fight for my right to be on ARV treatment and continue to work. This is when I reached out to Section27 and they were able to assist me in getting my wings back and I am relieved to be working again. I will continue to live positively and I’m not afraid to speak out about what’s wrong. I won’t be broken by bad rules, bureaucracy or bullies. Our constitutional democracy has ushered in a new era; it is an era characterised by respect for human dignity for all human beings. In this era, prejudice and stereotyping have no place.

We have seen more awareness about HIV/Aids in the LGBTQ community, but I still think we need to do more. Despite our access to the internet, social media and numerous campaigns addressing HIV/Aids, we do not seem to be grasping basic concepts. In a country ranking first in the world for the prevalence of HIV/Aids, our health literacy efforts should be reviewed. 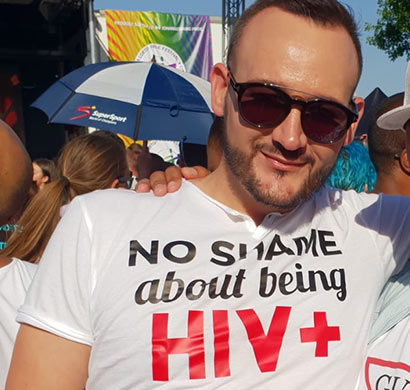 We have 7 million people living with HIV in South Africa – a massive proportion of our estimated 54 million population – and the rate at which HIV is being contracted is increasing. We need to encourage young sexually active adults to test for HIV regularly. HIV self-testing will open the door for many more people to know their HIV status and find out how to get ARV treatment. We also need to have more conversations about U=U. All people living with HIV have the right to meaningful and accurate information about their social, sexual and reproductive health.

If you are HIV-positive and reading this; don’t give up! There is life after an HIV diagnosis. I wish the best of luck to you and your healing process. Let go of the judgement. Continue to look after yourself and most importantly, forgive yourself and others. Remember to take your ARVs daily, it is lifesaving!

Schaerer is available to offer assistance to anyone who would like to learn more about HIV/Aids and about prevention methods. Find him through his Positive Vibes Only Facebook and Twitter pages.